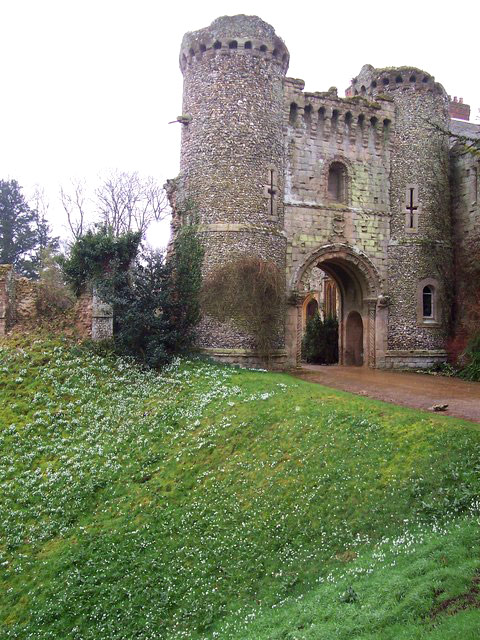 Benington Castle, © David Anstiss and licensed for reuse under cc-by-sa/2.0

The earthworks and a part of the large 12th century stone keep, demolished at the end of the 12th century, can be seen. There were 2 baileys and the church and churchyard are built in the outer bailey. Most of the stonework dates from 1832 when Benington Lordship, a Georgian house with curtain wall and gatehouse, was built on the motte. The gardens are open to the public.