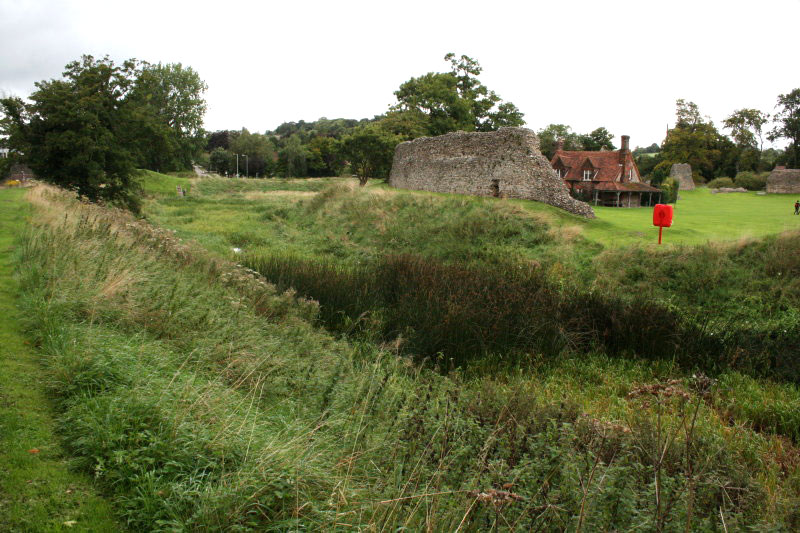 A Saxon castle and later a Royal palace that was besieged and captured by Price Louis of France in 1216. The 12th and 13th century walls surround the motte, on which a three storey stone keep was built in the middle of the 13th century to replace the 11th century wooden keep, but now only the foundations remain. The motte was surrounded by a two acre bailey and a double moat. The castle was used until the 16th century when much of the stone was used to build a new house (now demolished) nearby. 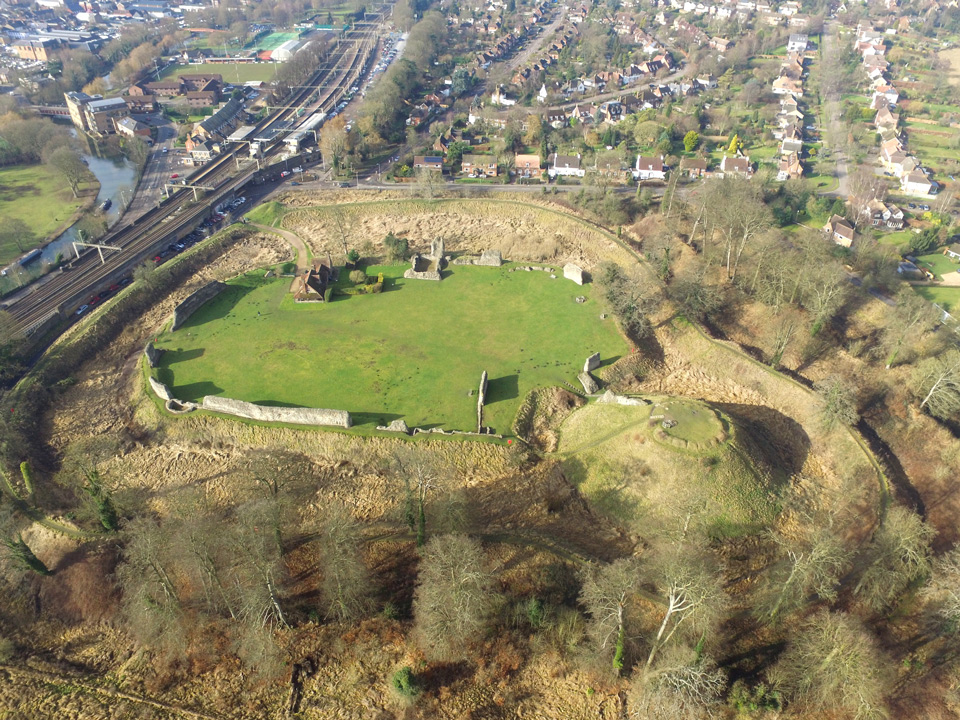 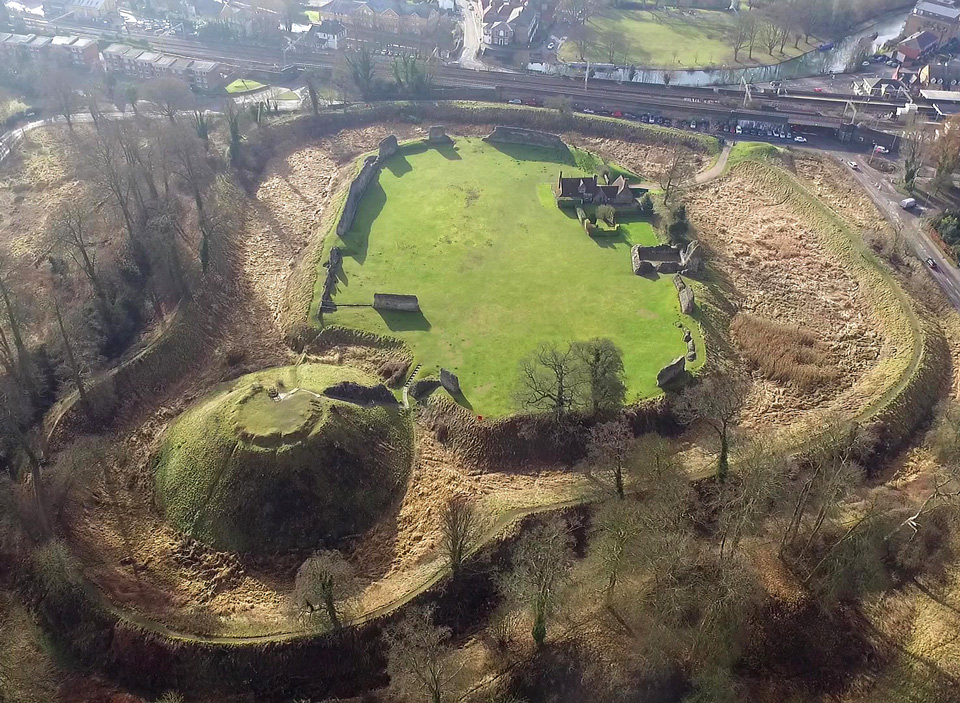