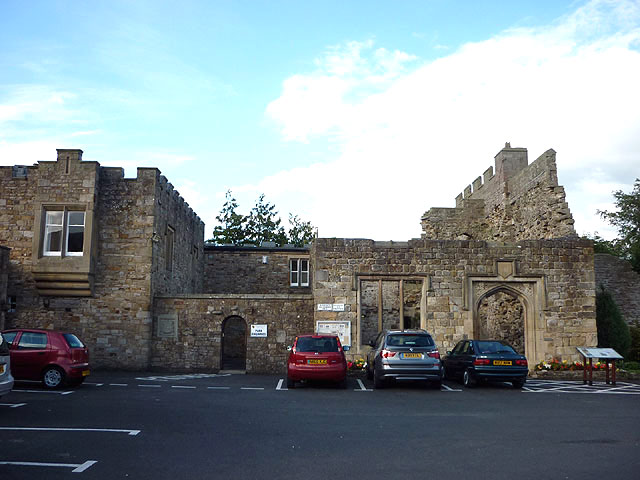 Blenkinsopp Castle, © Karl and Ali and licensed for reuse under cc-by-sa/2.0

A mid 14th century tower, built with a licence to crenellate dated 1340. It was in ruins in the 16th Century but 1830's a new 'castellated' house was built on to the ruins. The castle was rebuilt in 1880 as a Victorian mansion but after a fire in 1954 only the west and north ranges are still in use. The eastern building is now an overgrown ruin.