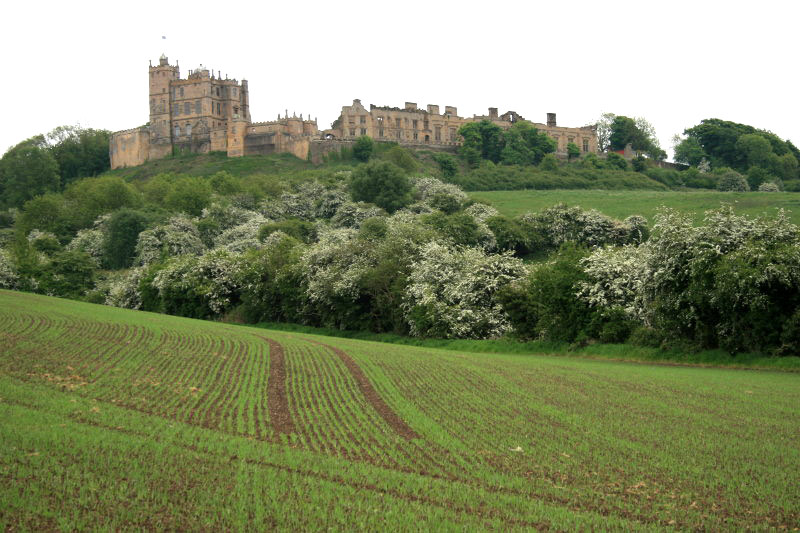 Built in the early 12th century with a stone keep added in 1174. It was used as a fortification until the end of the 13th century and then was allowed to decay. It was restored in the early 17th century when the current four storey keep was built to replace the original one but it was then slighted after being beseiged and captured in the Civil War. It was rebuilt after the war as a mansion in Jacobean style and the West wing was added although this was abandoned and the roof removed in the 18th century. The keep continued to be used as the main residence.