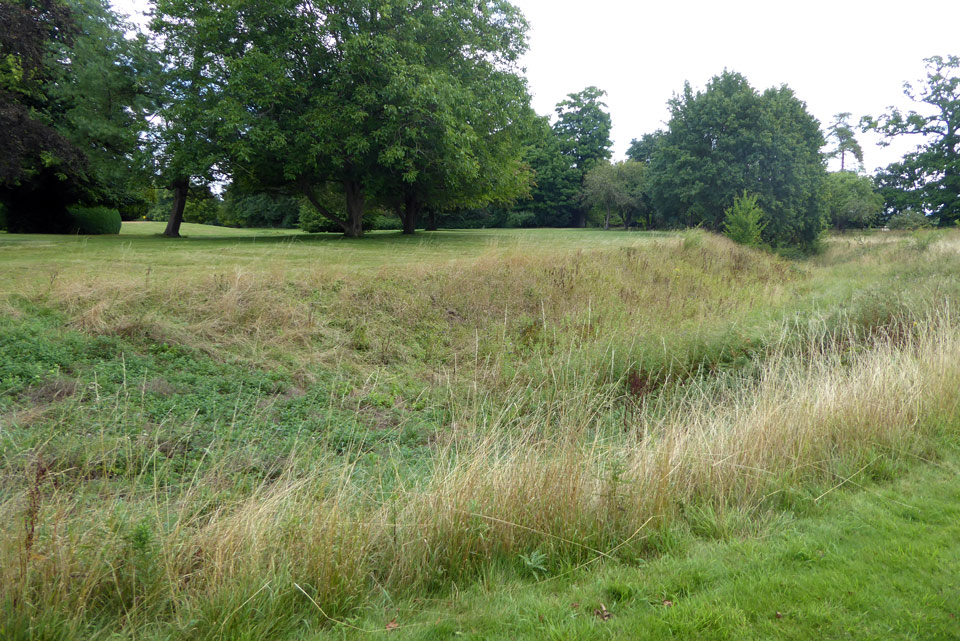 All that remains are the two adjoining banked and ditched enclosures which were badly damaged by the construction of Bourn Hall and gardens in 1602. The largest is 450 feet in diameter with a ditch up to 40 feet in width and 8 feet in depth. t is thought to have been built by Picot, Sheriff of Cambridge in 1086. It was burnt down in the Baron's Wars in the 13th century but some remains were still visible in the 17th century.