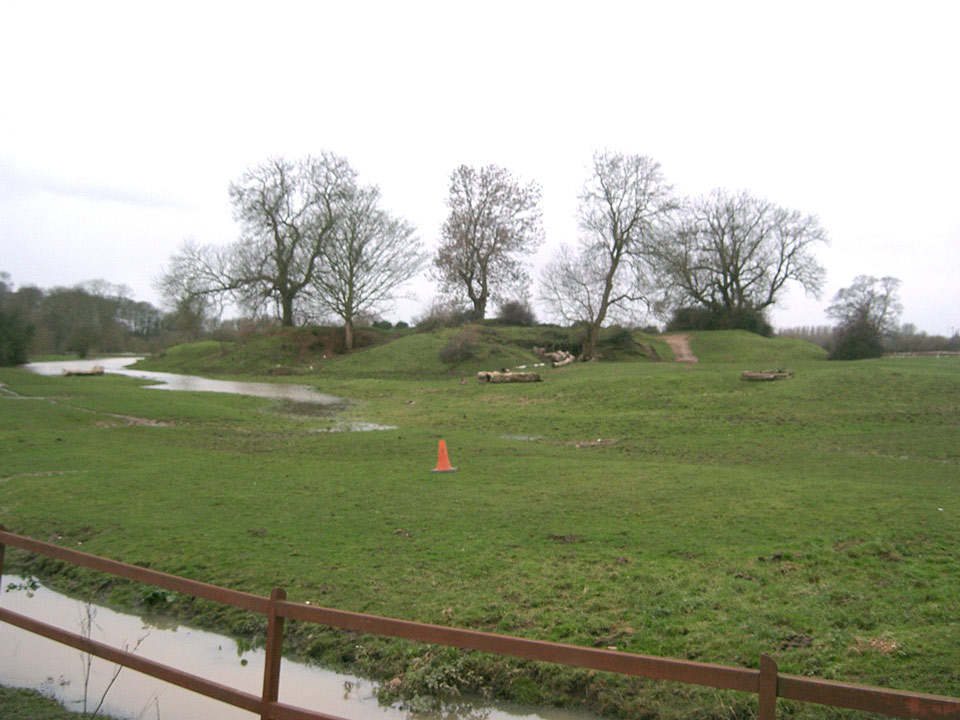 Built by the middle of the 12th Century, a large stone rectangular keep was added in the 1220's along with an expansion of the moats which were filled by the River Avon. During the Civil War of 1263 it was captured and burnt by the soldiers of Kenilworth Castle. Now the remains consist of just the foundations of the keep, and two baileys surrounded by moats. The ruins are visible from the A428. 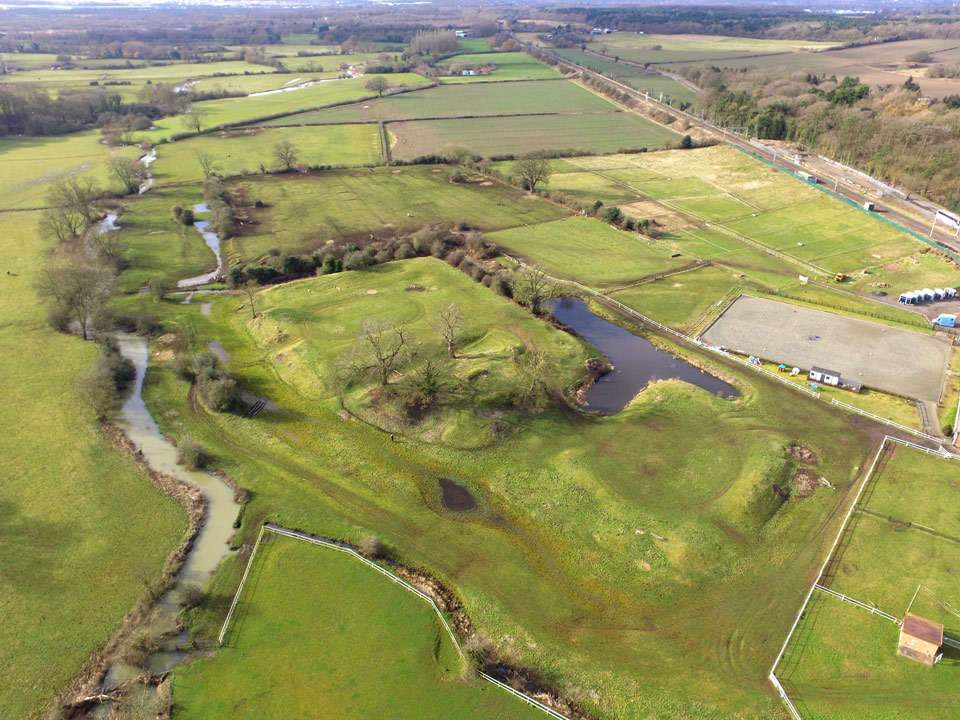