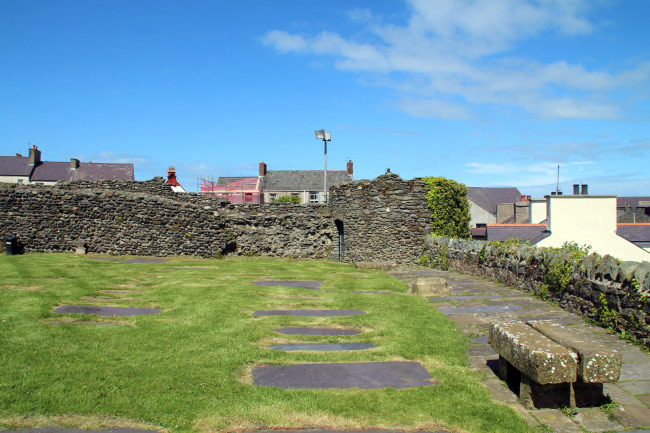 It was a small Roman fort in the centre of Holyhead in Anglesey. It is one of Europe's only three-walled Roman forts, the fourth side was protected by the sea and was probably used as a quay. It is thought to date from the 4th Century and was abandoned in AD393.

In the 6th century, the fort was given to Saint Cybi, who used it to build a monastery. The Church of St Cybi still stands on the site today, with a small detached chapel over Cybi's grave.