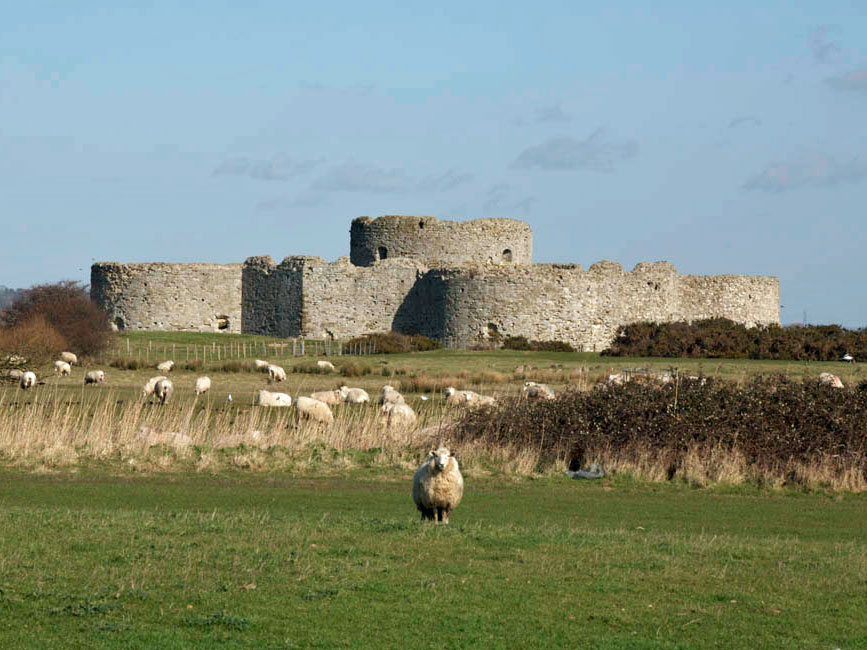 Originally known as Winchelsea Castle, it was built in 1512 as a gun tower next to the sea for the coastal defence of Rye and Winchelsea. During the 1540's it was strengthened by raising the height of the central blockhouse, 65 feet in diameter with 11 feet thick walls, and by the construction of the outer walls. There are four semi-circular bastions on each corner, in addition to the entrance bastion, and the castle was armed with 28 guns. Later the corner bastions had to be filled with rubble to support the roofs when the size of the guns grew to increase their range. It was decommissioned in 1637 and in 1642 its few remaining guns were removed as the sea was retreating - it is now a mile away - and it now stands alone in a field with only sheep for company. The roof was also removed to prevent the castle being used in the Civil War. Unlike the other Henry V111 fortifications which were modified as they continued to be used over the centuries, this castle still shows its original design.

English Heritage, the interior is open a few weekends a year. 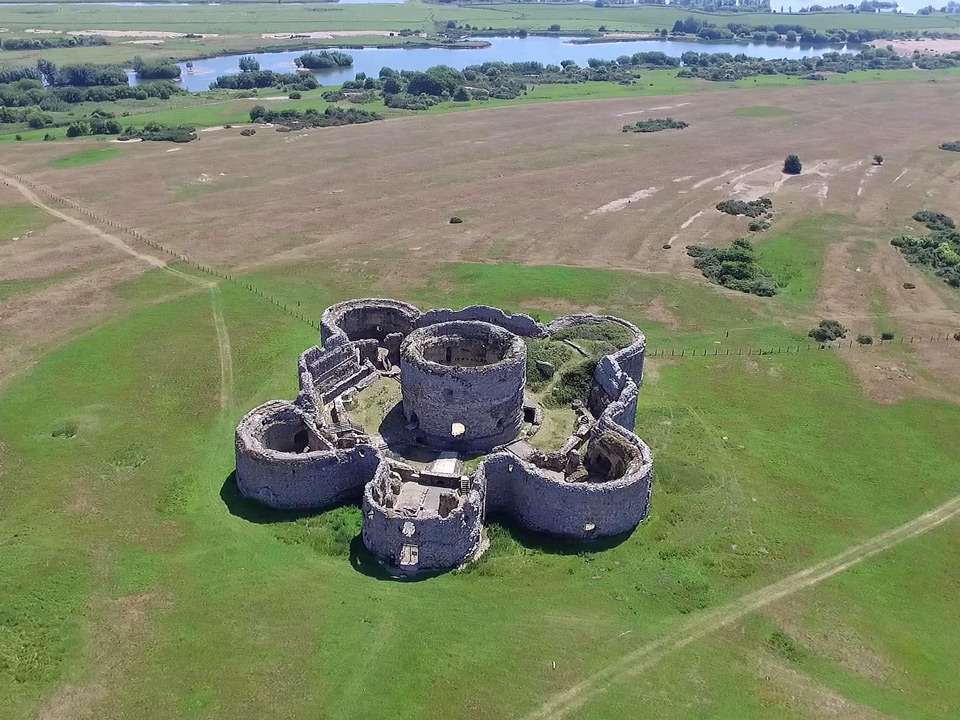 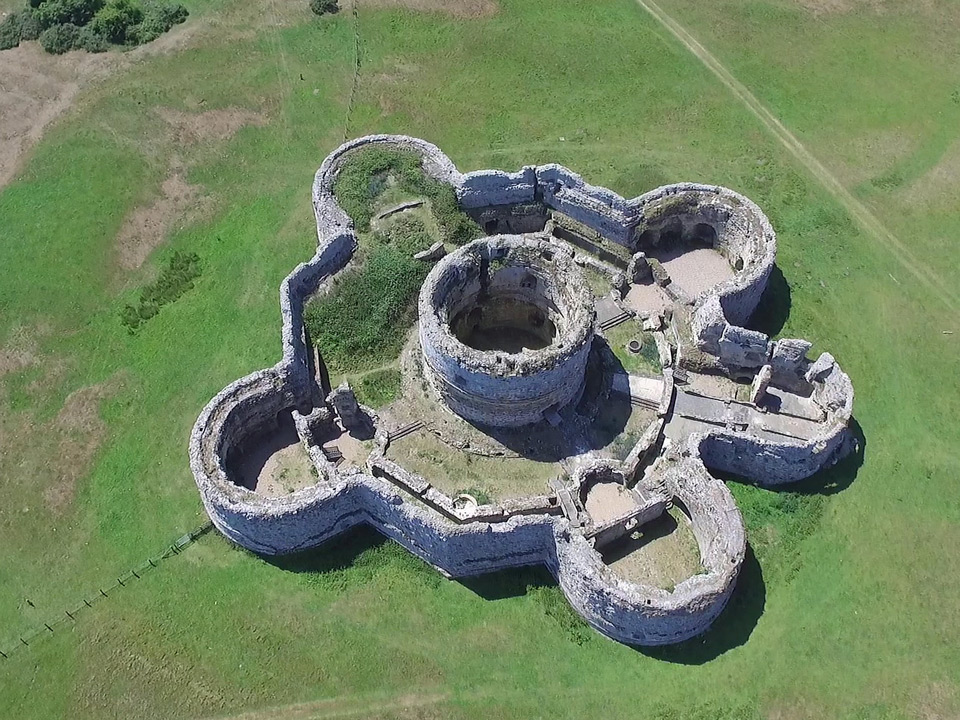 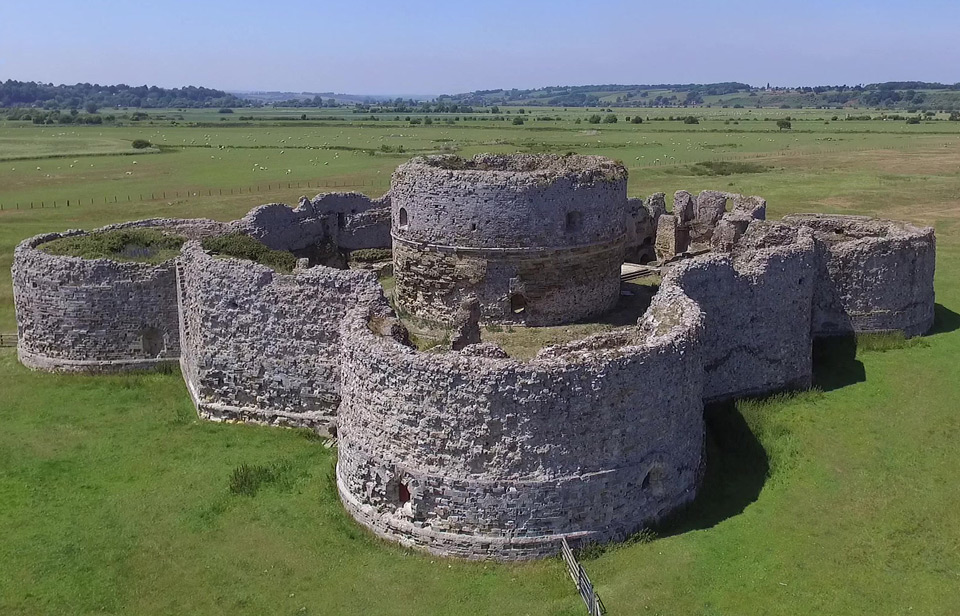