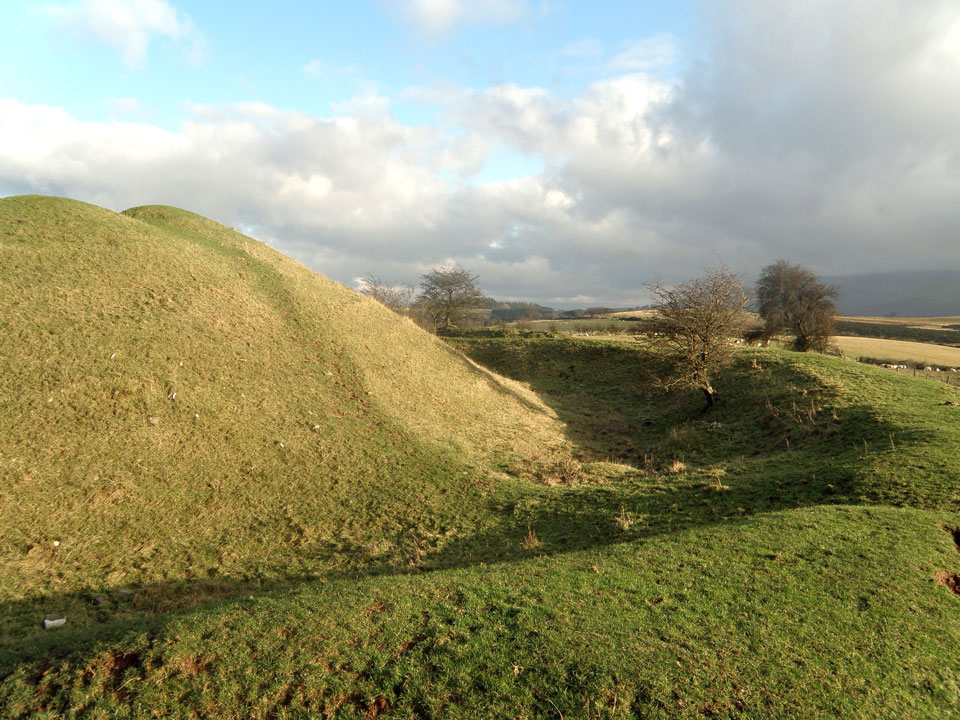 Cwm Camlais, also known as Camlais or Blaencamlais, is thought to have been built by Humphrey de Bohun Earl of Hereford in the 13th Century and it was destroyed in 1265. It seems to have consisted of just a single round stone tower, 40 feet in diameter, on a rock motte surrounded by an earth bank. The lower half of the tower remains buried in debris. 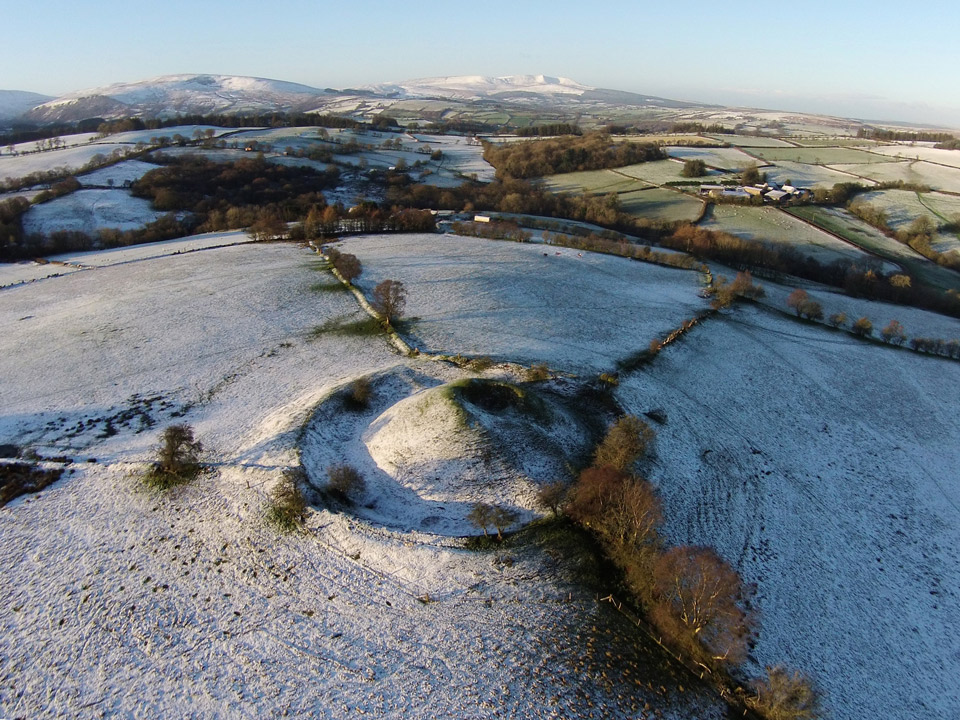