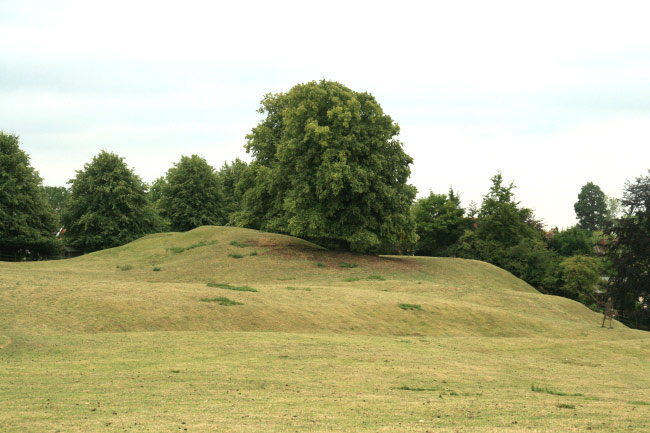 A motte with two adjoining baileys stands on common land north-west of the church and overlooking the valley of the River Tove. The wooden castle was destroyed at the beginning of the 13th century by King John but was rebuilt in 1292, probably as a fortified manor house. There are no signs of any stonework.