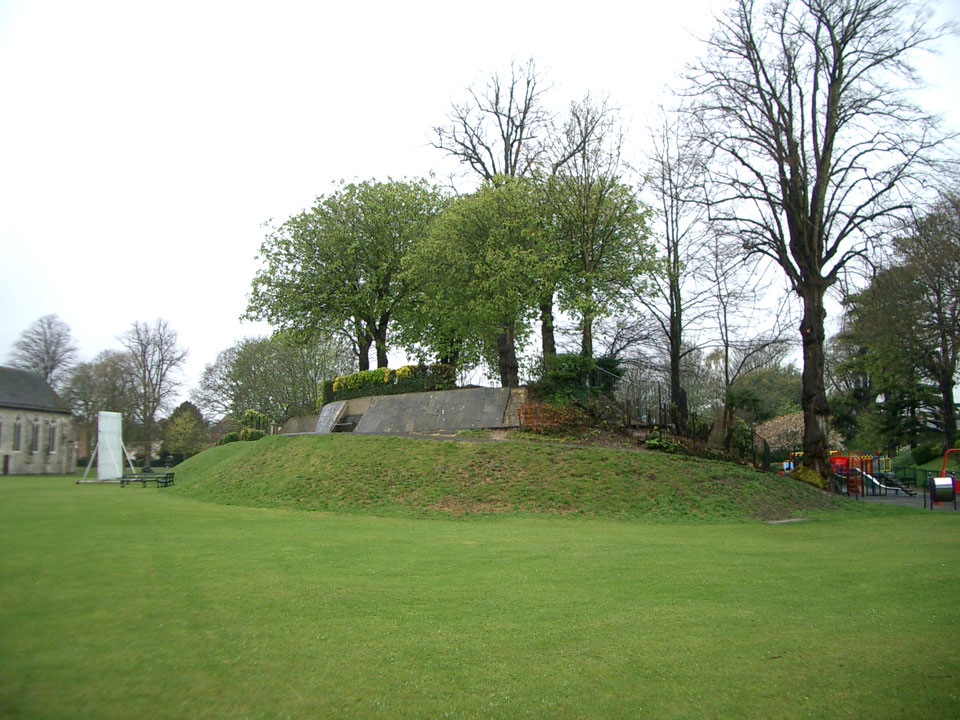 Remains of the mound of an 11th century wooden motte and bailey castle demolished in the early 13th century can be seen in Priory Park in the north-east corner of the city by the city wall. Large parts of the city walls still stand - there is a stretch on the south but most of the northern part still remains although much of the exterior is hidden by housing.

A temporary timber fort, Noviomagus Reginorum, was established soon after the Roman invasion in AD 43 but was only used for a few years before the army moved on and the site was developed as a civilian settlement. The 20 feet high walls date from the 3rd century, built by the Romans to defend the town against coastal raiders. The walls and gates were restored when the castle was constructed.