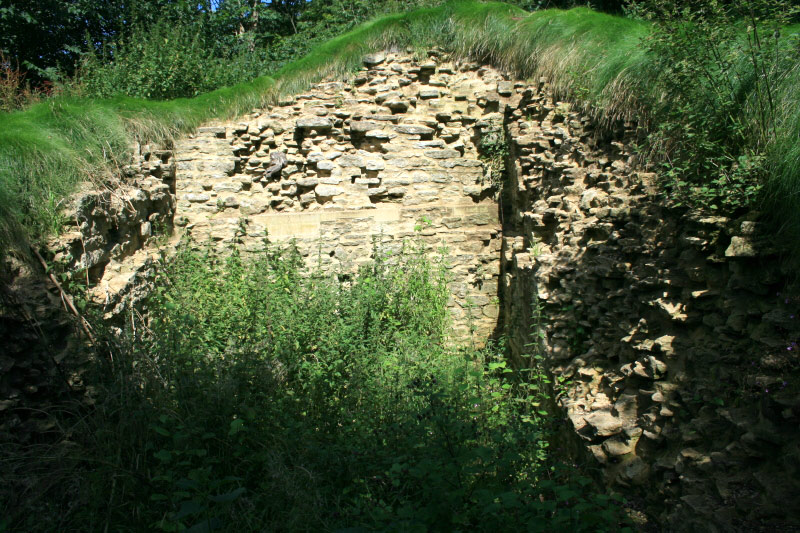 The earthworks of an early 12th century castle can be seen half a mile to the north west of the Manor House, although most of the site is now very overgrown. The site was abandoned by the end of the 14th century. There was a tall stone tower that stood until the 17th century but only the foundations now remain.