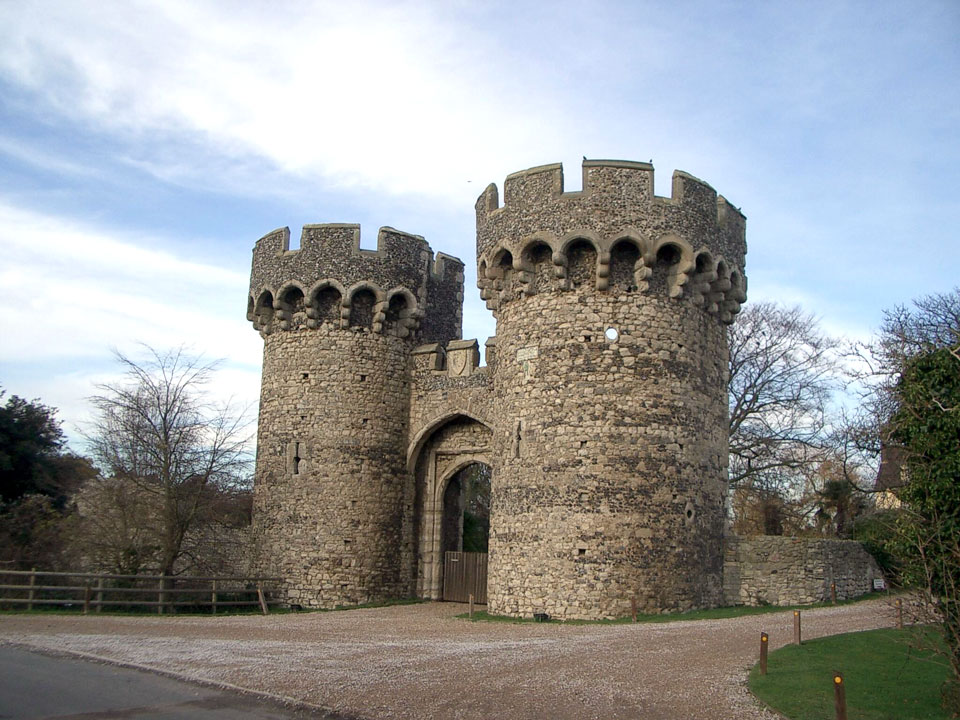 It was built between 1381 and 1385 to protect the River Thames. It has a double bailey, the eastern side having a tower in each corner and earth walls in between surrounded by a dry moat and accessed through the ornate gateway. The smaller western bailey has stone walls which are still at least half their original height with a tower in each corner and a wet moat on three sides. The entrance is through the eastern bailey on the fourth side. It is now in ruins with a more recent house inside the grounds but the gatehouse remains in good condition. The castle was besieged in 1554 and suffered damaged by cannon fire.

Private, but can be seen from the road. The barns next to the castle are now used as a wedding venue.