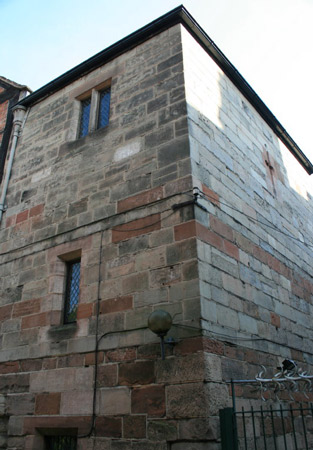 Only one part of this 11th century castle, the 12th century Caesar's Tower, still exists and is now a part of St Mary's Guildhall. The rest of the site has been built over. It is thought that the tower may have been part of the gatehouse.

Swansell Gate, previously Prior Gate, is part of the Coventry city walls built in the 14th and 15th centuries, finally being complete in 1534. The walls were 2.2 miles in length, and during the Civil War were first strengthened and then in 1662 were mainly destroyed. Most of the gates were demolished in the 18th century to improve traffic flow. Swansell Gate was later converted into a house and was restored in 1932.