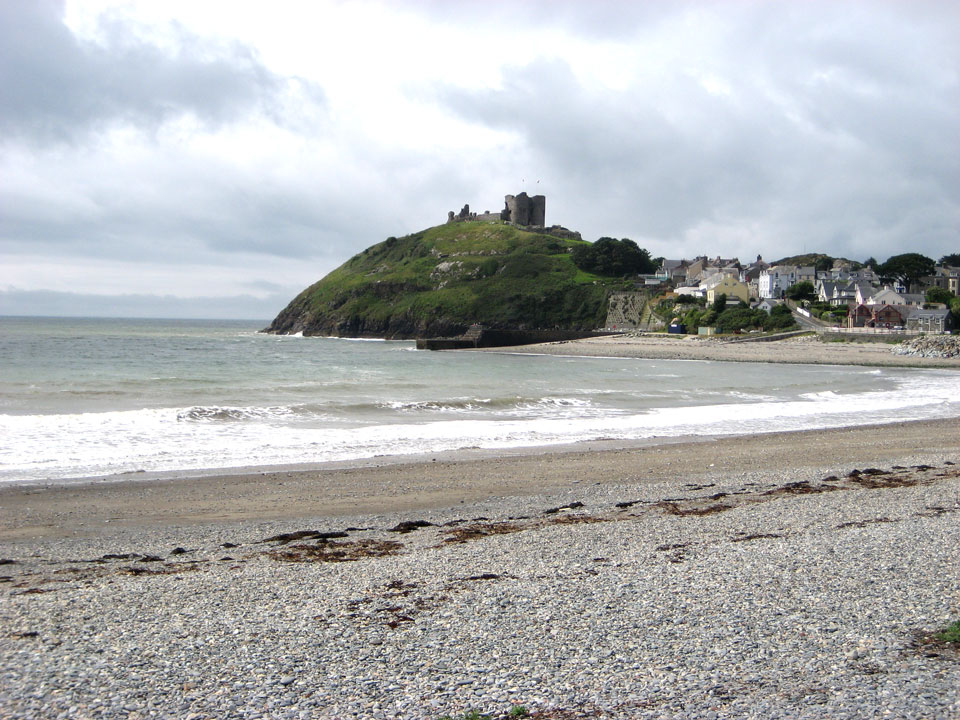 An early 13th century Welsh castle on a cliff overlooking the sea which was captured by King Edward 1 in 1283 during the invasion of North Wales. Only the foundations of the original structure, the outer wall and 2 towers, now remain. After it was captured form the Welsh it was strengthened by the addition in 1285 - 90 of the inner wall and large gatehouse that still stand. It was badly damaged during a seige in 1404 and was captured by the Welsh after the fall of Harlech Castle. Unlike Harlech it was not rebuilt and now only the gatehouse and parts of the inner ward wall survive.