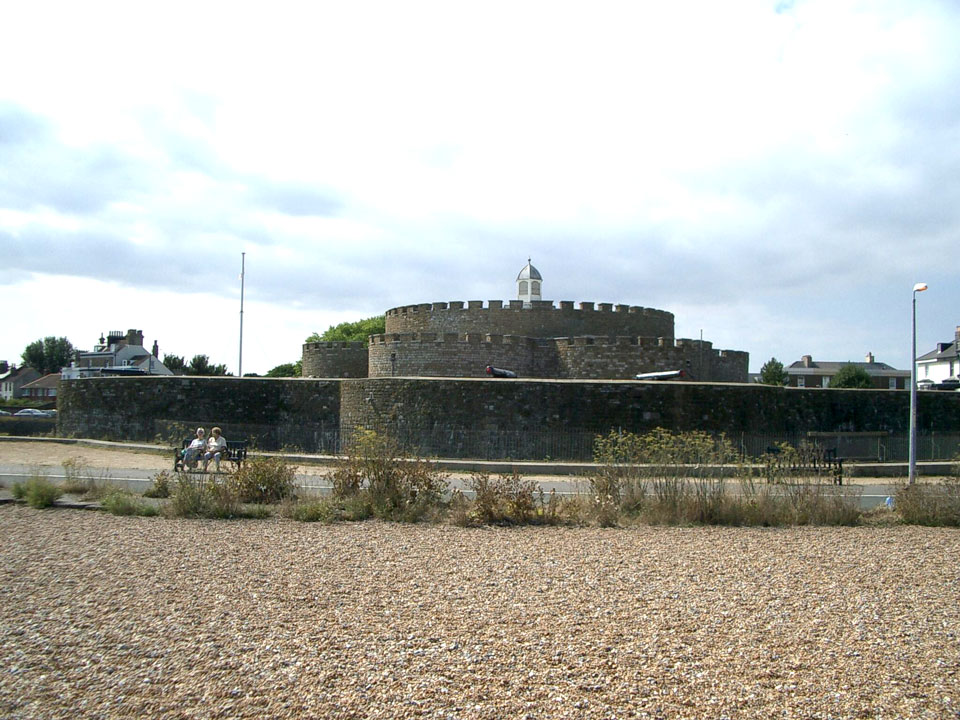 A Henry VIII fort built in 1539. There is a circular keep, 270 feet in diameter, surrounded by 6 circular bastions, and this is all enclosed by an outer wall which consists of 6 circular bastions. These outer bastions controlled access to the dry moat. It is larger and of a more complex design than than nearby Walmer and Sandown Castles, and the guns were positioned on the keep and bastions to give three tiers of armaments. The battlements were added in the 18th century. In 1648 it was captured after a short siege by Parliament during the Civil War. After this it continued to be used as a defensive position until the end of the 19th century.