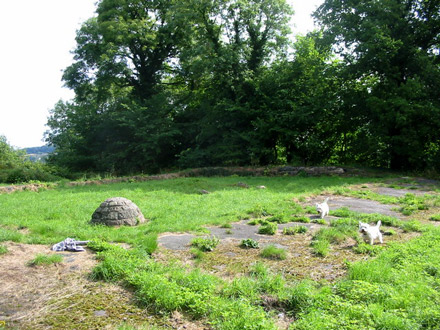 The first motte and bailey castle was built in 1080 but was destroyed in 1173. A massive new stone keep almost 100 feet square was built in stone at the end of the 12th century but this was demolished in 1266, and only earthworks and foundations remain. The motte is known as Castle Mound.