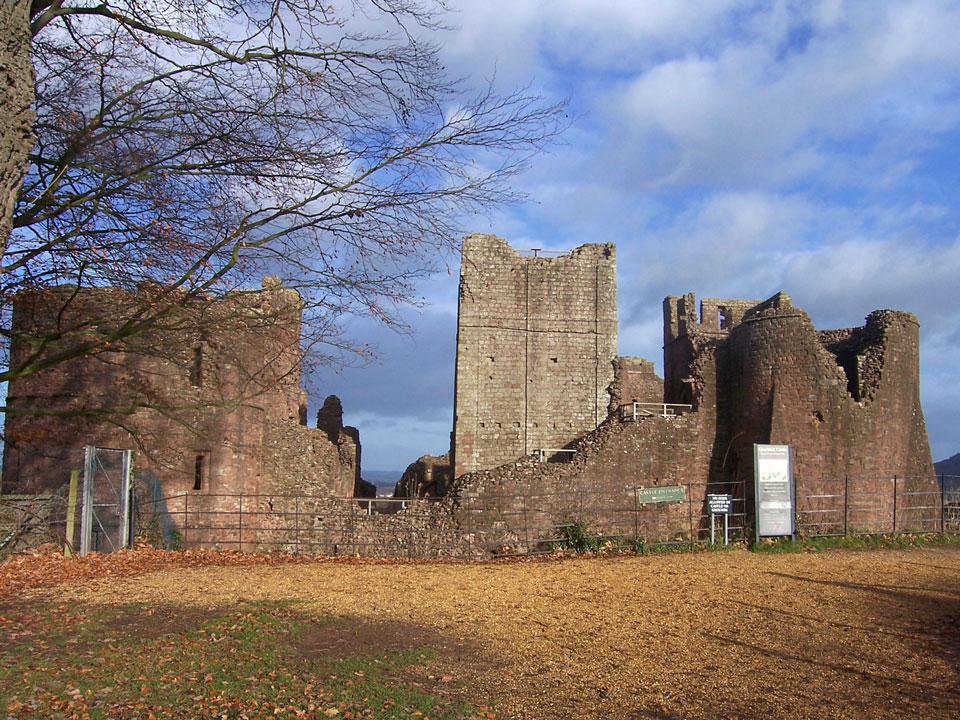 It is sited on a rocky crag high above a crossing point on the River Wye. The stone keep was built in the middle of the 12th century, possibly on the site of an earlier Norman castle. It was strengthened in the early 14th century with a moat, high walls and 4 strong towers (heagonal inside) using distinctively coloured local red sandstone. Around the end of the 14th century an outer defence of walls and a barbican were added. The castle was abandoned by the start of the 17th century but it was garrisoned during the Civil War. This led to the outer walls and barbican being slighted but the ruins are picturesque and well preserved. 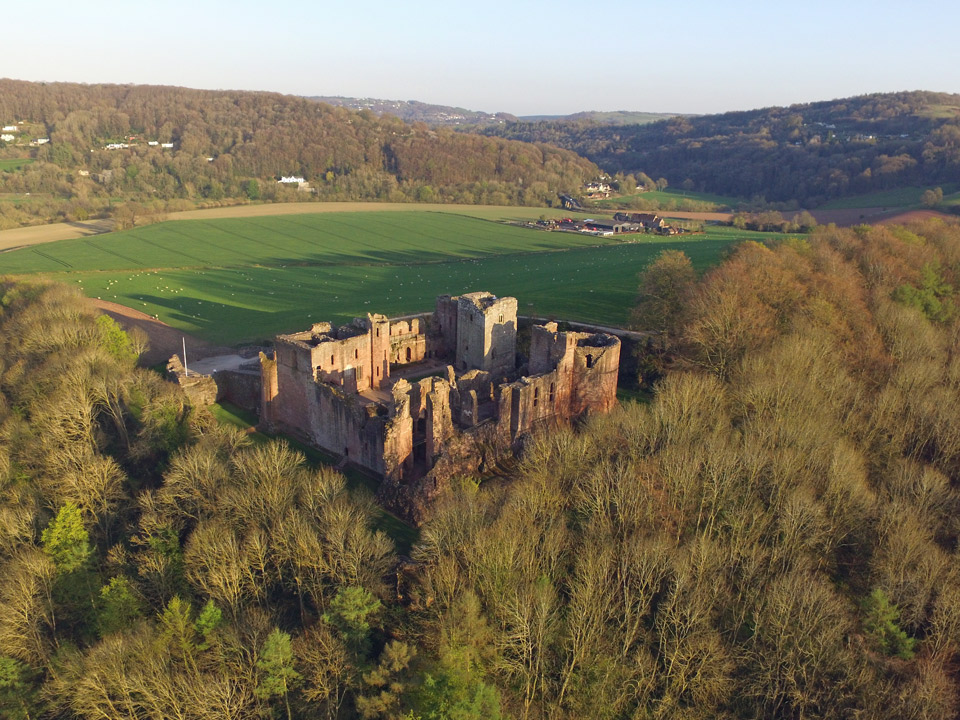 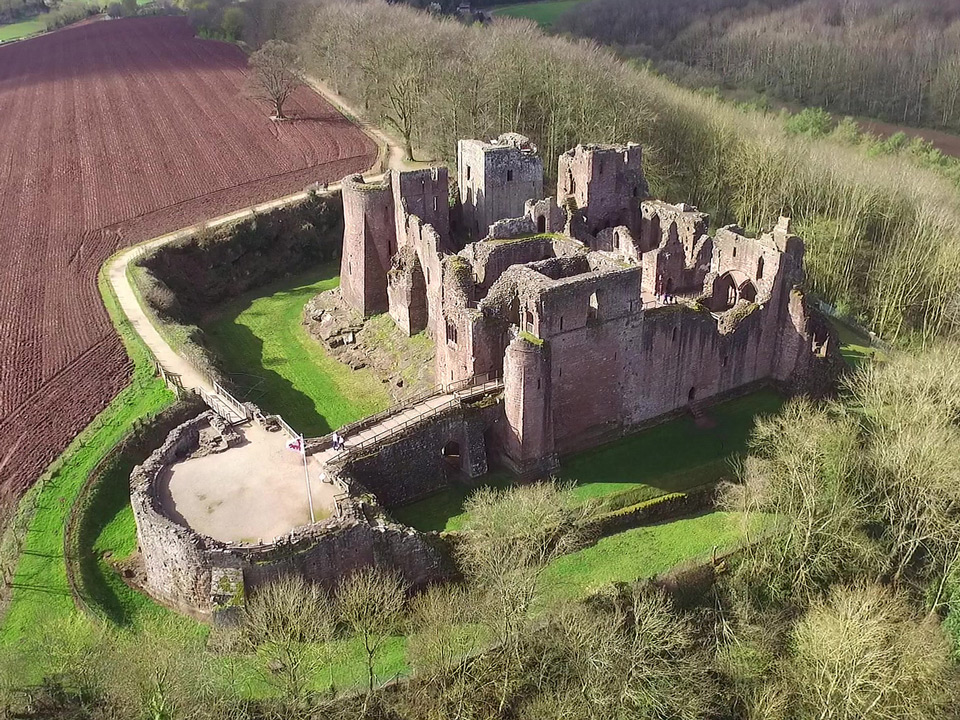 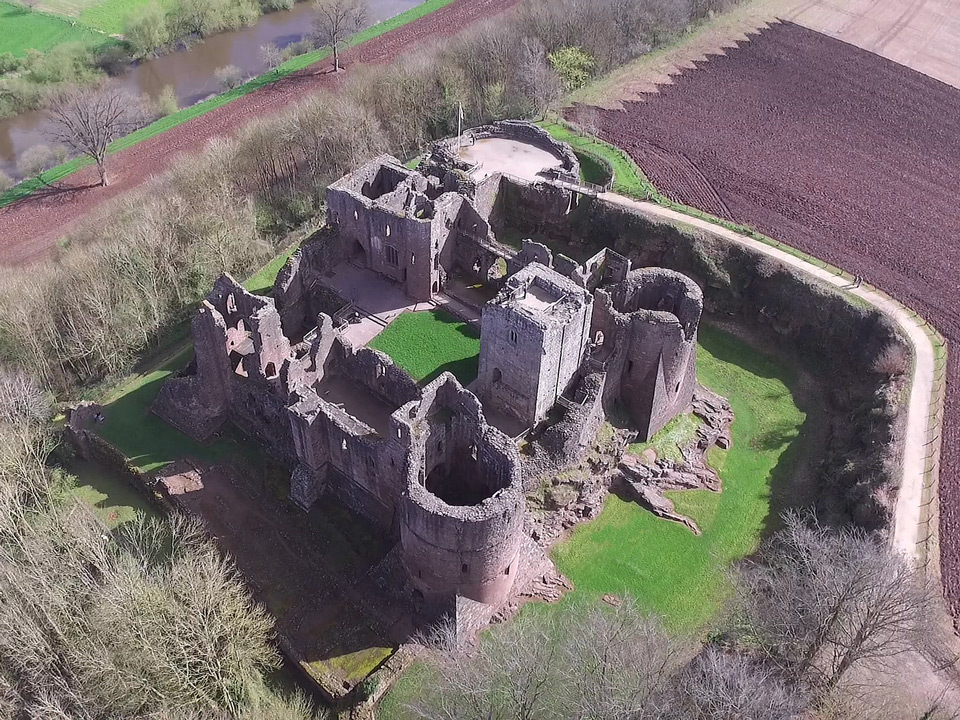