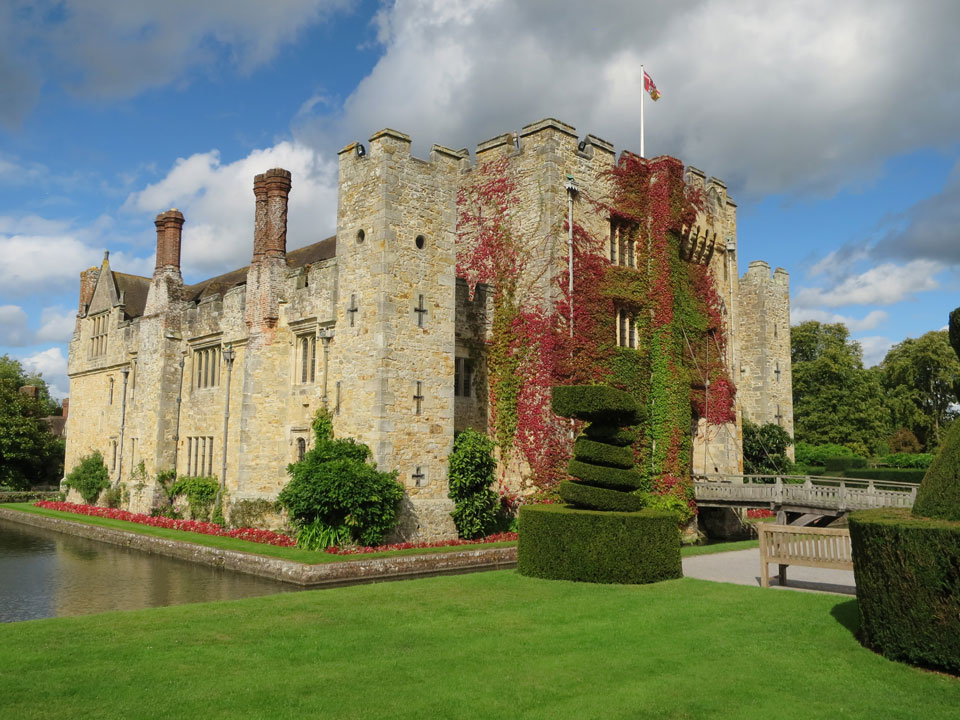 Originally a motte and bailey castle, the stone gatehouse was built in 1271 when permission was given to strengthen the house. In 1383 John Cobham was granted a licence to further crenellate the castle and the stone walls, towers and Great Hall were added. At the end of the 15th century the castle was bought by the father of Anne Boleyn, later to marry King Henry V111, and a Tudor interior was added which included the Long Gallery. This increased the living area and greatly improved comfort. Over the next four centuries the castle was occupied but started to decay. In 1903 it was bought and restored by W W Astor, reputed to be the richest man in America. He created a large ornamental lake surrounded by beautiful gardens and added a mock Tudor village behind the castle to accommodate visitors and which can now be rented as B&B accomodation.

The castle and gardens are open April - October, limited opening at other times.