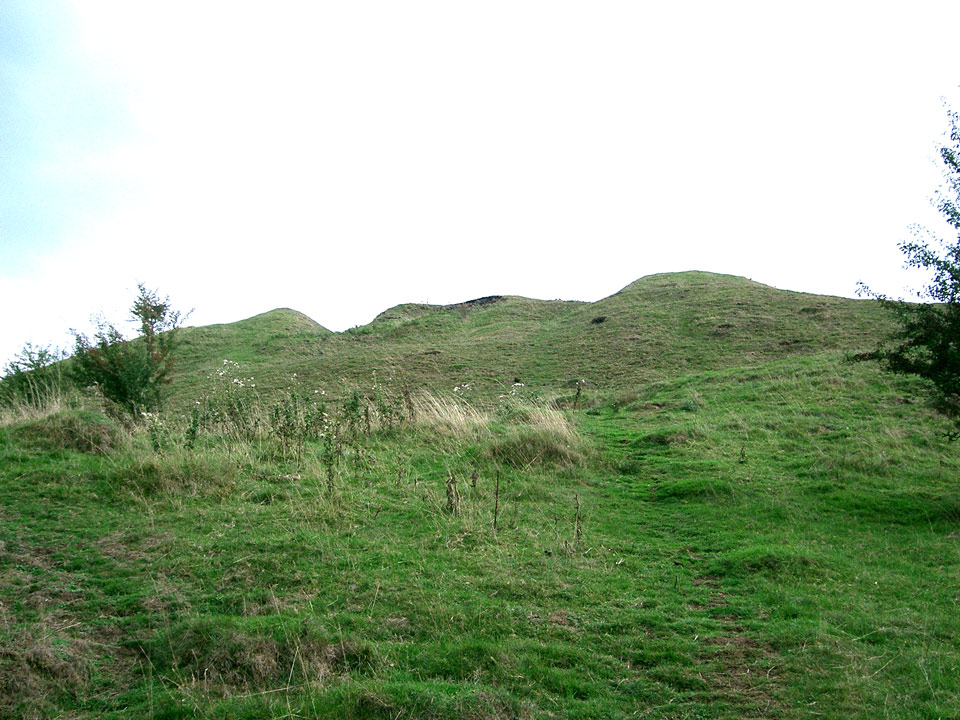 It dates from 1240 and consisted of a square stone fortification with four round towers on top of a hill. It was captured from the Mortimers by a Welsh army under Llywelyn ap Gruffudd in 1262 which destroyed the defences. It was rebuilt, but probably ceased to be used at the end of the 13th century and little now is visible apart from the earthworks.