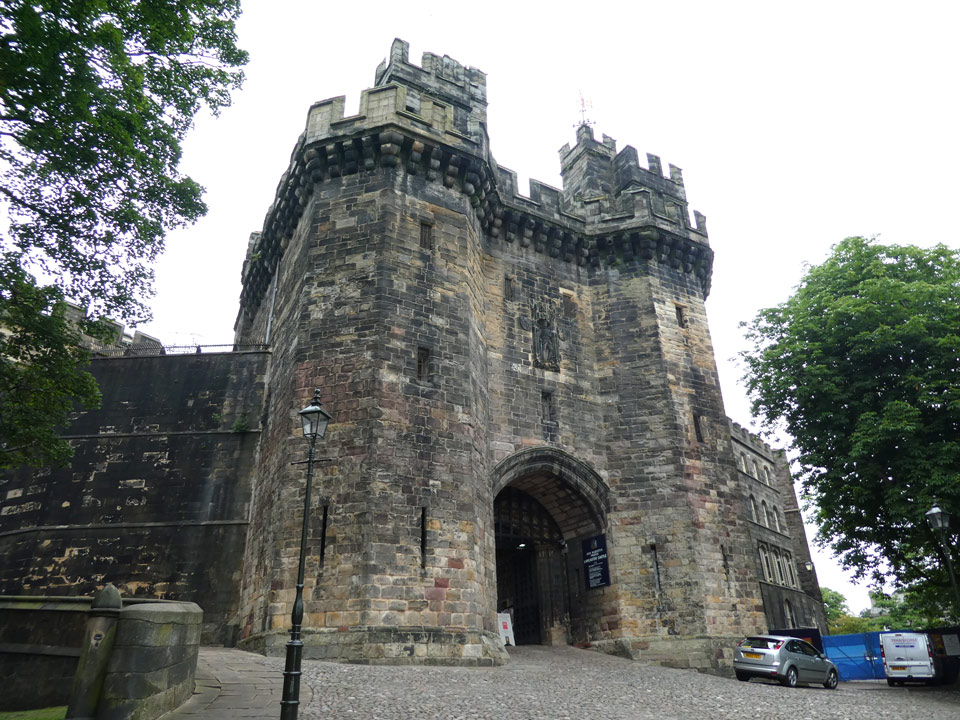 The first Roman turf and timber fort was established on top of Castle Hill around AD60 - 70. It was enlarged and rebuilt in stone around AD102 and the in AD330 it was reconstructed as a Saxon Shore fort to protect against raiders from Ireland and to act as a supply base for the Romans. It was in use until the start of the 5th century.

The Norman castle was built on the site of the Roman forts at the end of the 11th century castle. It was enlarged in the early 13th century and although being partially demolished in the Civil War it has been used as the Crown Court since 1800. Visitors can see the magnificent Shire Hall, Hadrian's Tower, the Dungeons, Crown Court, Drop Room and Grand Jury Room.

The Castle is open all year, with guided tours throughout the day.