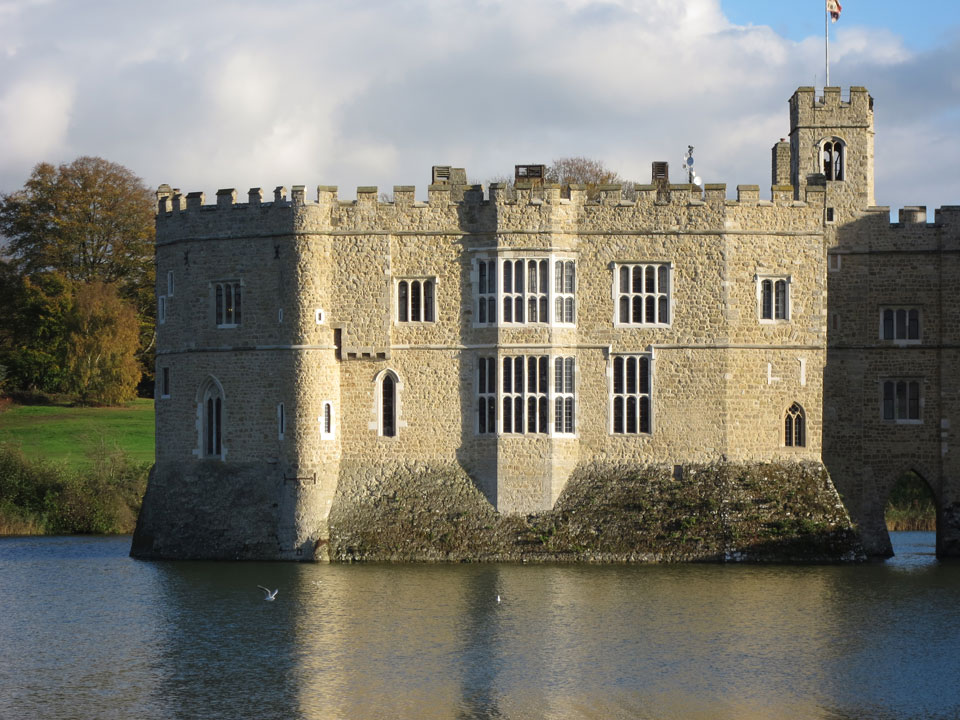 The castle consists of two walled islands surrounded by a large artificial lake. The Barbican and Gateway guard the entry to the main island, and from here a small covered bridge links to the smaller, solely residential island, the Gloriette. The lake and the first stone fortifications were erected in the mid 13th century, possibly on the site of a motte and bailey castle. The outer walls and towers were rebuilt at the end of the century, but have now been greatly reduced in height. The square Maidens Tower was added in the 15th century. At the start of the 19th century the castle was remodelled into the present residential structure.

The castle and gardens are open all year.