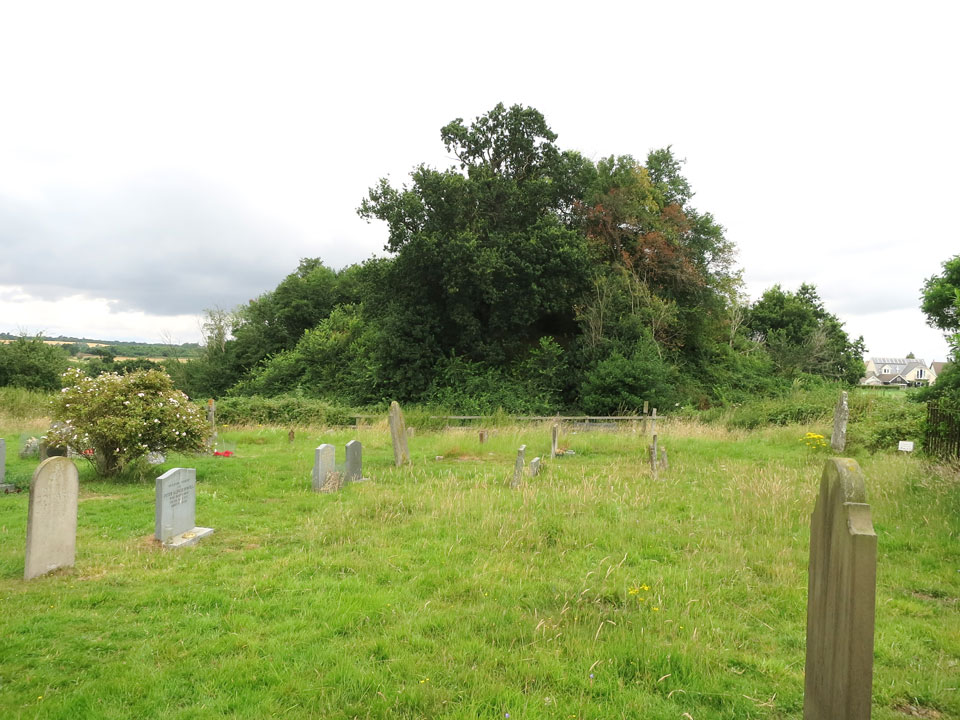 The 40 foot high motte is still standing close to the 12th century church which may be sited on the original bailey. The man-made motte is almost 200 foot across and is surrounded by a deep ditch. It is thought to have been constructed during the civil war, the Anarchy, of 1135 - 1154. Recent excavations have not shown any sign of fortifications on the top of the motte so it may have been more of a defensible lookout position rather than a manned castle.