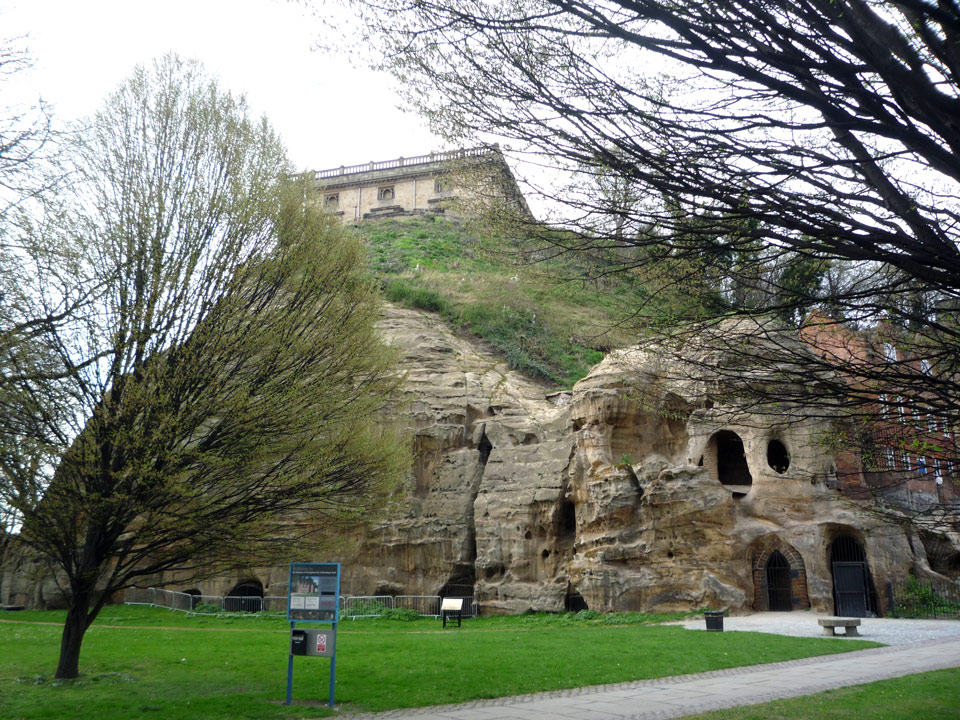 One of the largest and strongest in the country, it was built on a high rock overlooking the town in 1068 and was extended with a keep, added in 1213, three baileys and two towers. It was in poor condition in the 17th century and after being captured by Parliament in the Civil War it was slighted in 1651. It was bought in 1674 by the Duke of Newcastle and was converted into a palace but was burnt down in 1831 during a riot. The remains have been used as a museum for over 100 years.