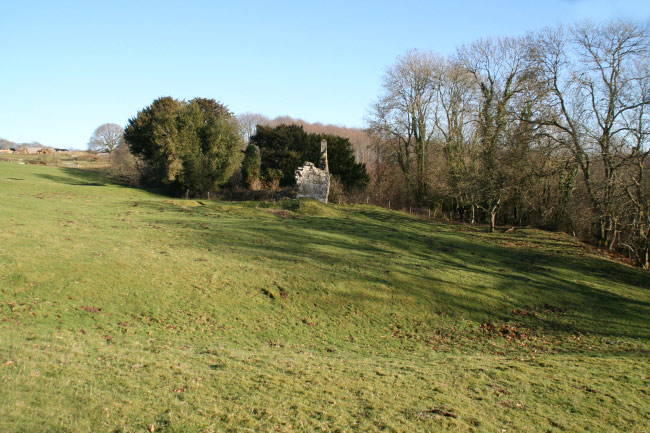 The ruins consist of a large undercroft and masonry from a 14th century stone castle that fell into ruin by the 17th century. It is near the top of Penyard Hill in Penyard Park and is in a clearing in the woods on the edge of a steep slope above the valley. A new house was built in the ruins in the 17th Century, although this is now itself derelict and has mainly collapsed. In 1690's much of the castle stone was used to construct nearby buildings.

Private, but a footpath from Weston under Penyard passes nearby.