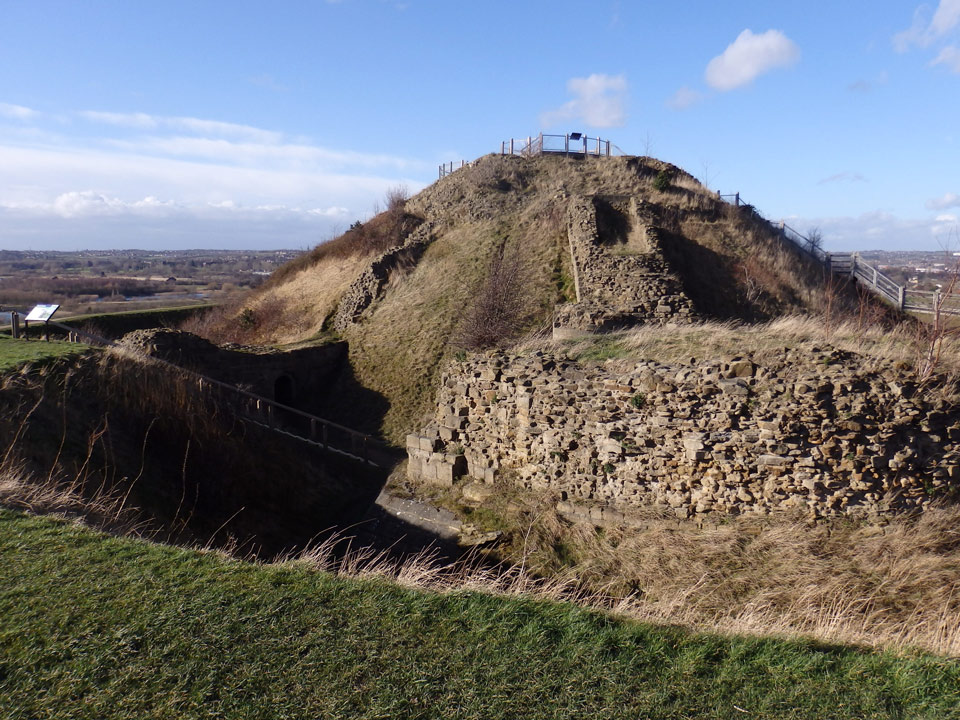 The first wooden castle dates from 1157 when the motte was raised. The stone structure was built up over the 13th century - a great tower on the motte connected to a gatehouse and then to the barbican in the centre of the bailey with a surrounding wall. It was in use until the Civil War when it was slighted in 1646. Little stonework can be seen, but an excavation in the 1960's showed the complete foundations of the castle under the soil, together with part of the first wooden castle.

The castle now stands in a public park.