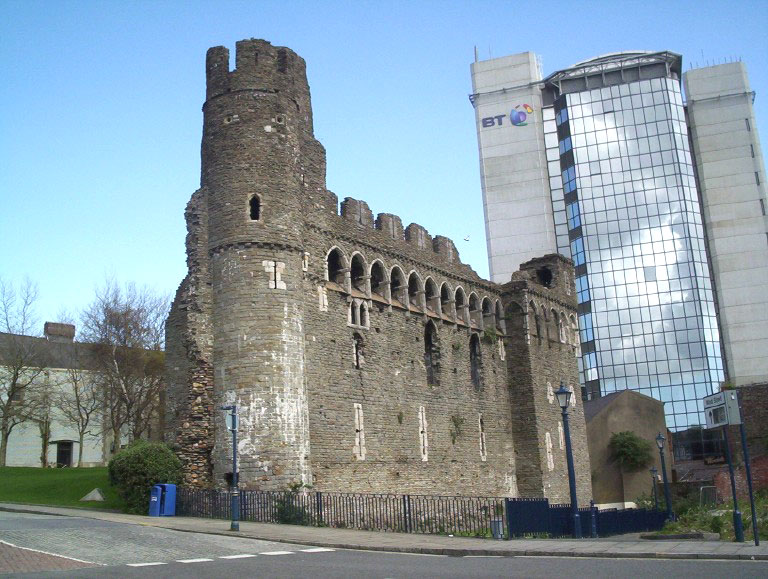 The original Norman wooden castle from 1106 was destroyed by the Welsh but it was rebuilt in stone with a curtain wall at the end of the 12th century. That was destroyed in 1217 by the Welsh and a new fortified manor house was erected in the late 13th or early 14th century. The castle was garrisoned during the Civil War and was slighted by Parliament in 1647. The two storey block at the north end was used as a prison until the 19th century.