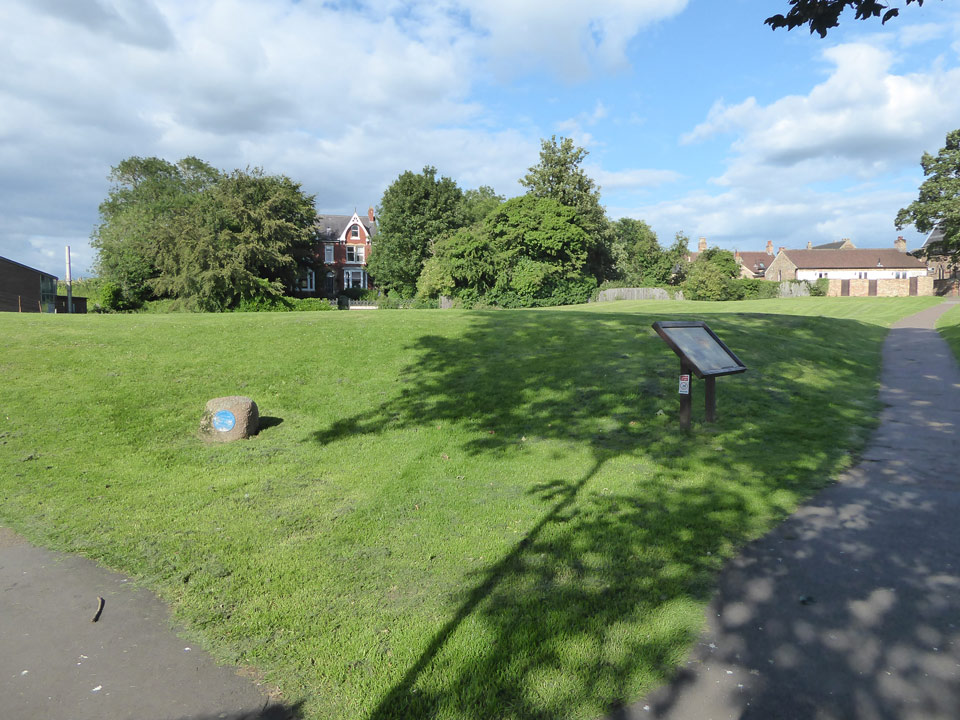 A motte and bailey castle, built by Robert de Stuteville in 1092 and 1130 but in 1174 it was surrendered by Roger de Mowbray to King Henry 11 who ordered its destruction in 1176. A manor house then replaced it but this was destroyed by the Scots in 1322 and then from 1376 it was used as a garden. The castle originally lay within the area bounded by Westgate, Castlegate, Kirkgate and Masonic Lane but over half the bailey has been destroyed by modern developments, including the 19th century Masonic Hall (see below).