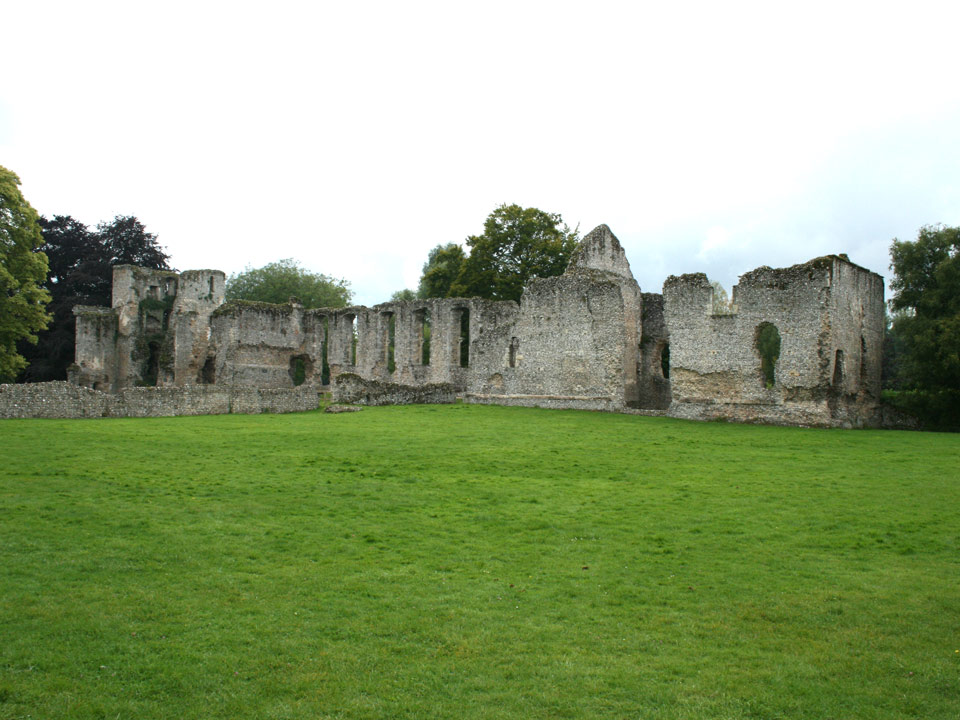 A moated Bishop's residence built in 1135 by Henry de Blois but destroyed apart from part of the outer wall in the 1160's. Between 1160 and 1180 it was reconstructed as a luxurious palace and was extended at the end of the 15th century and it is this later work that is visible now. It was fortified during the Civil War which led to it being slighted after being captured by Parliament.

English Heritage, May to end Sept not Saturdays.