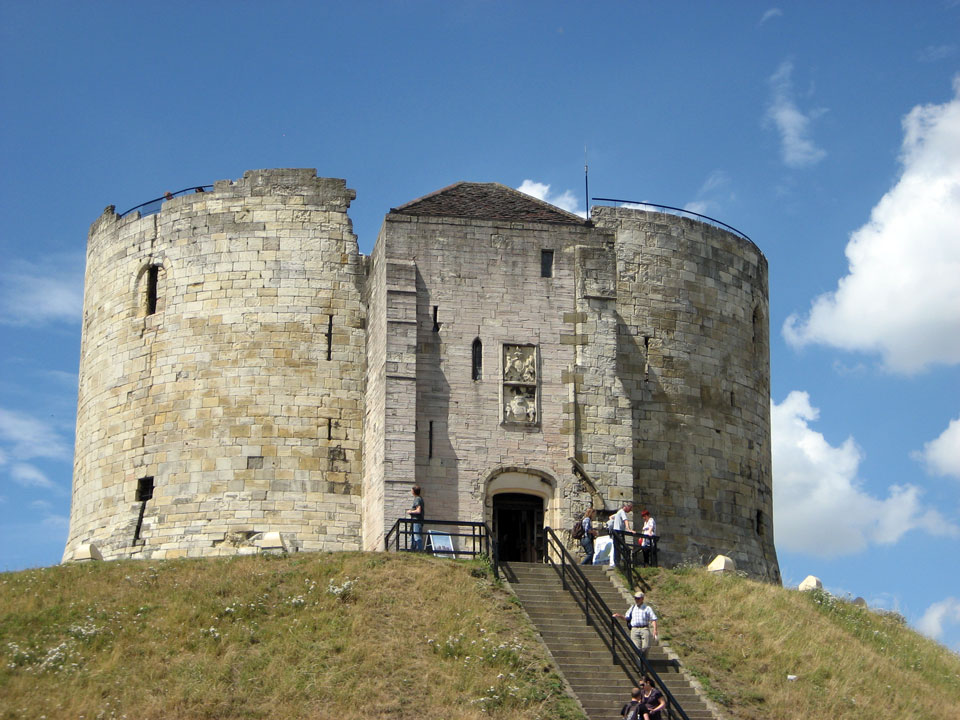 The castle originally consisted of two circular timber motte & bailey castles built in 1068. One, known as Clifford's Tower, was first built in wood on a 60 feet high motte and was replaced in stone with a shell keep between 1245 and 1270, protected by a stone curtain wall with towers. During the Civil War the castle was slighted but it was rebuilt afterwards. It was then gutted by fire in 1684 and not restored until the 19th century. Part of the curtain wall remains.

The other motte, Baile Hill, is across the river and still visible. It is 20 feet high and has been incorporated into the city walls. It was used by Parliament in the Civil War from 1642 to 1649 as a gun emplacement.

The Romans built one of their three permanent legionary fortresses at York or (Eboracum) on the banks of the River Ouse in AD71 on a 50 acre site now mainly occupied by the cathedral. At the end of the 2nd century they encircled the town with stone walls, parts of which still remain near the early 4th century ten-sided Multangular Tower. The Danes occupied York in 867 and as the Roman defences were in poor repair they demolished all the towers save the Multangular Tower and repaired the walls. The majority of the remaining walls date from the 12th - 14th century, with some reconstruction carried out in the 19th century. The walls are punctuated by four main gates, or 'bars' - Bootham Bar, Monk Bar, Walmgate Bar and Micklegate Bar.