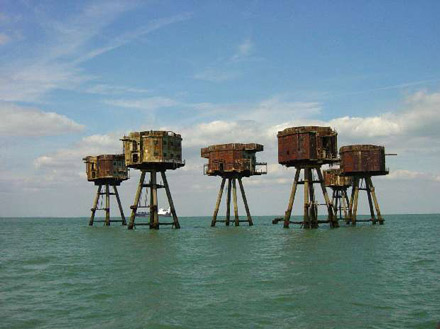 During the Second World War, three anti-aircraft forts were built in 1941-42 to protect the Thames Estuary, designed by Mr. G. A. Maunsell. Four other larger structures were built for the Navy. The Army forts were different in design from the Navy platforms as each had seven towers linked together by walkways. Six of the towers were armed, the seventh held the searchlights and they were manned by a complement of 120. They were built in 1942 at Shivering Sands, Red Sands and Great Nore. Each 300 tonne tower was preconstructed before being towed out to sea, sunk into position and then connected to the next tower.

After the war, the forts were abandoned and Great Nore was demolished in 1958. Red Sand Fort which is off the coast at Whitstable was used in the 1960's as a pirate radio station. Three other forts of similar design were built in the Mersey to protect Liverpool. 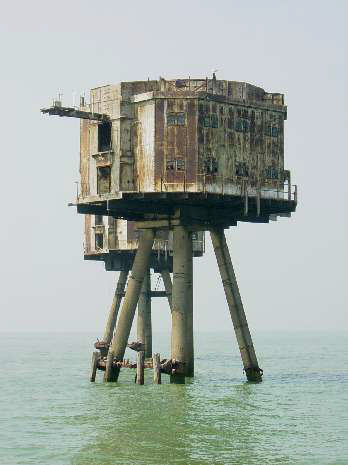 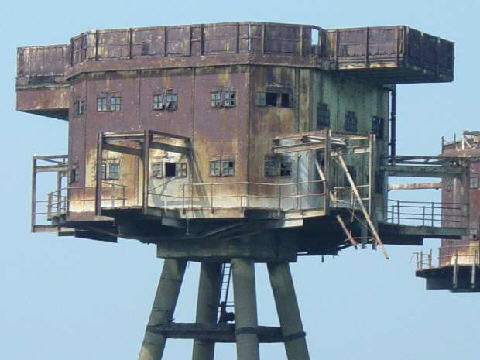 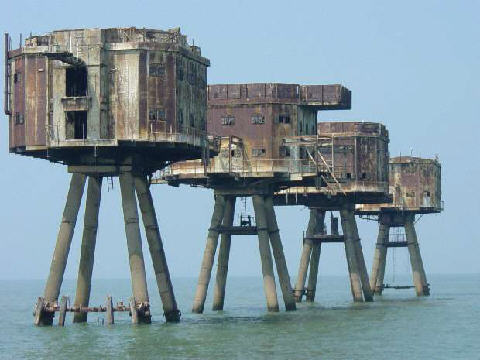 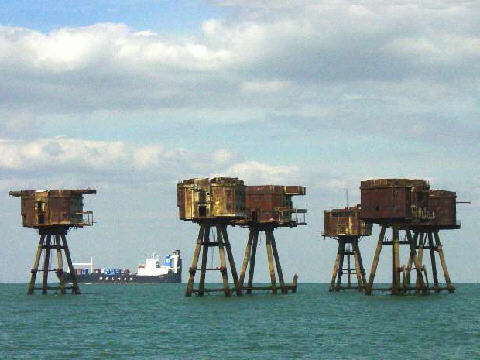 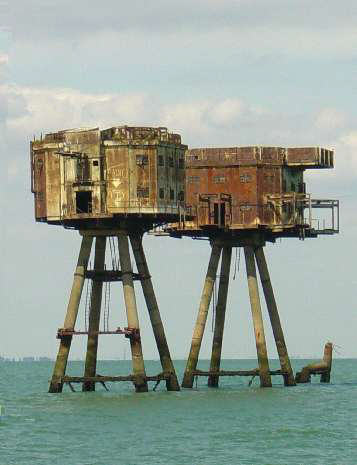