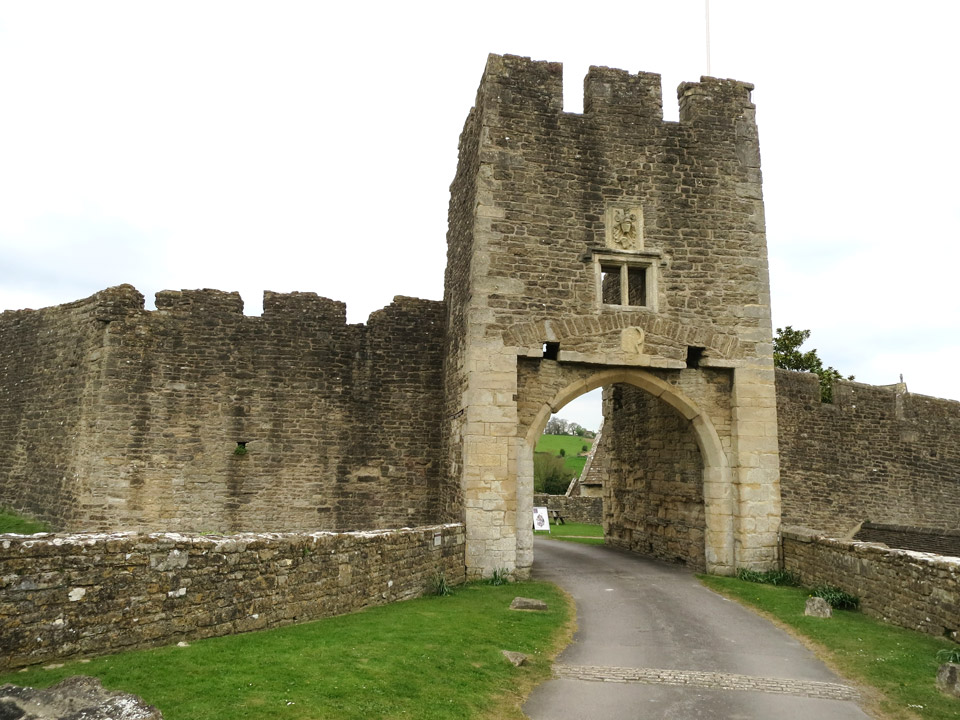 It started as a 14th century fortified manor house that was constructed on the site of a Norman manor. The house was bought by Thomas Hungerford in 1369 and by 1383 the northerly building consisting of four towers and a gatehouse connected by a curtain wall was complete. The chapel was added at this time outside the curtain wall. Two of these original four towers remain but little of the walls. In the 1430's the southern end, the Outer Court, was added with two towers and two gateways, one of which is now the entrance into the castle. The castle was captured during the Civil War by Royalist forces under John Hungerford, the brother-in-law of the castle owner Edward Hungerford but it was retaken in 1645 without damage. At the beginning of the 18th century the castle was sold off for salvage and the over the next 30 years much was dismantled and the rest allowed to fall into ruin.