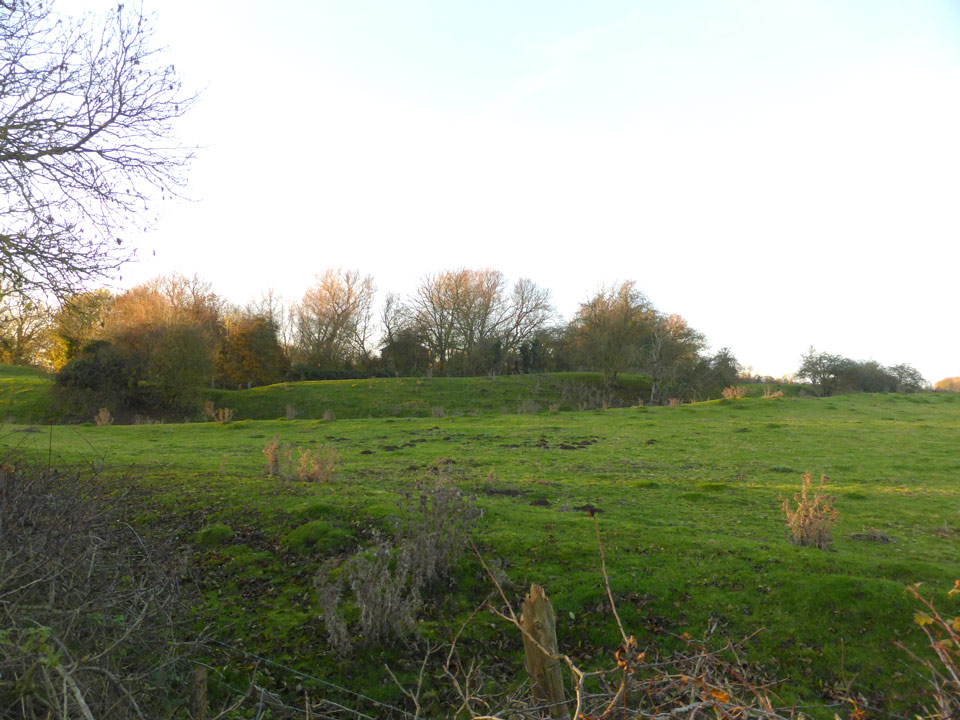 Folkingham Castle, © Bob Harvey and licensed for reuse under cc-by-sa/2.0

Photos Copyright Bob Harvey and licensed for reuse under this Creative Commons Licence.

Only earthworks remains of the castle for which a licence to crenellate was granted in 1312 on the site of an early timber Norman castle. It stood on a rectangular island surrounded by a moat, with a larger moat on the outside of that, enclosing a large area to the west. Nothing of the internal arrangements of the castle can now be made out. It was in ruins in the 16th century and is said to have been destroyed during the Civil War.

In 1808 a House of Correction was built within the moat of the castle. This has now been demolished apart fron the impressive gateway which has survived and can be rented as holiday accomodation.