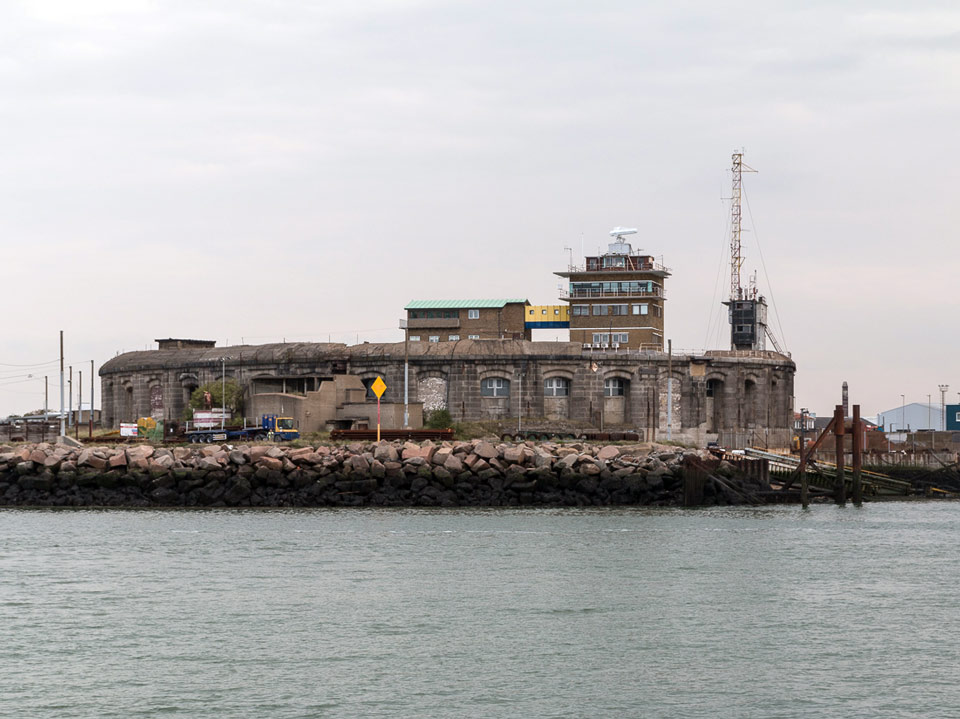 A square Tudor blockhouse was constructed in the 1540's to protect the River Medway. This was rebuilt in 1667 by a new fort that was destroyed by a Dutch raid during construction and had to be rebuilt. This was demolished in the 1860's and a new fort constructed, to protect the eastern side of the Medway estuary, the west being guarded by Grain Fort and Grain Tower Battery. It was built at the north-western tip of Sheerness Docks and completed in 1872 and was the most heavily armed of the Chatham Forts. By 1880 its two tiers of casemates contained fourty four 9", 10", 11" and 12.5" RML guns with a complement of up to 360 men. In the 1890's four new 6" quick firing guns were added as well as a Brennan land based torpedo as at Cliffe Fort. It is now abandoned and closed to the public as it is inside the privately owned Sheerness Docks.

The Sheerness Lines were built between 1863 and 1868 to protect Sheerness dockyard and Garrison Point Fort from land attack. They consisted of 4 bastions protected by a ditch on the edge of Sheerness. Most of this has been destroyed and built over in the last 50 years.

Two miles out from Sheerness a second outer ring of defences were added including the Queenborough Lines and Bartons Point Battery.