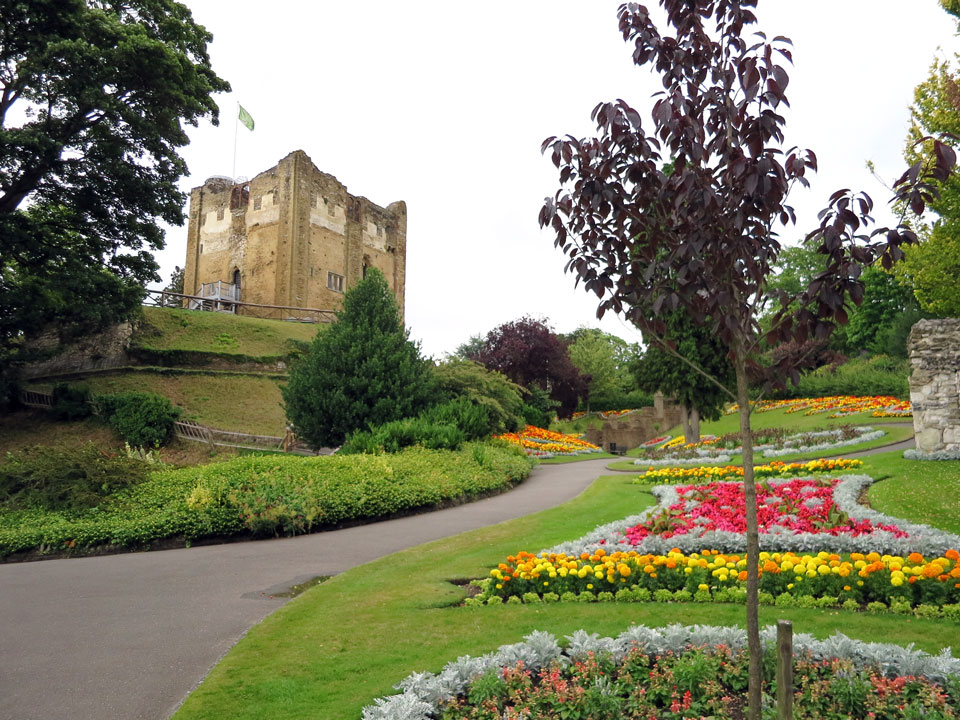 The castle was started soon after the Norman invasion. The original wooden keep on the motte was replaced by a shell keep at the start of the 12th century, a section of which still remains. Later that century in about 1173 the 60 feet high stone keep was built. Parts of the outer curtain wall still remain. It was used as a royal residence until the 13th century, and later became the town jail. The castle was in ruins by the end of the 14th century and was sold off in the 16th century when a private house was built in the grounds. The outer bailey extended to the line of South Hill and was cut in two when Castle Hill was added in 1860.

The keep is open April to September, and the gardens are open all year.