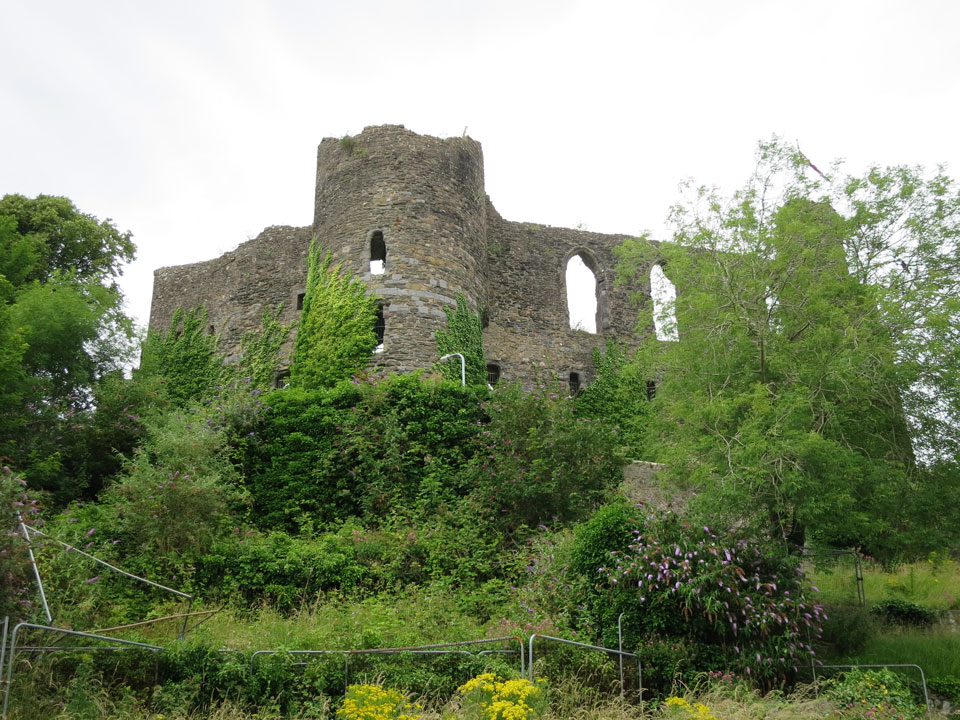 The first motte and bailey was in existance by 1120 on a hill overlooking the town but it was then replaced in the mid 12th century by Gilbert de Clare, Earl of Pembroke. Most of the visible remains of the buildings in the inner ward date from a rebuild at the end of the 13th century. The castle comprised an inner ward on the east side with 4 towers and linked to the outer ward by a twin towered gatehouse. The outer ward was protected by towers and a gatehouse, with a surrounding ditch, but the gatehouse no longer stands. The castle was well designed and sucessfully resisted Welsh attacks in 1136, 1217, 1257 and 1405. In 1644 during the Civil War it was initially taken without a shot by Parliamentary forces, but it was then besieged and captured by Royalists. At the end of the war it was retaken by Parliament and in 1648 it was slighted to prevent it being used again. It was abandoned until 1779 when a prison was built inside the walls. The Govenor's House was built at the same time over the entrance to the inner ward and is now being used as the town museum. A second prison was built in the outer ward in 1820 and still stands after being used for other purposes since the prison closed in 1878.