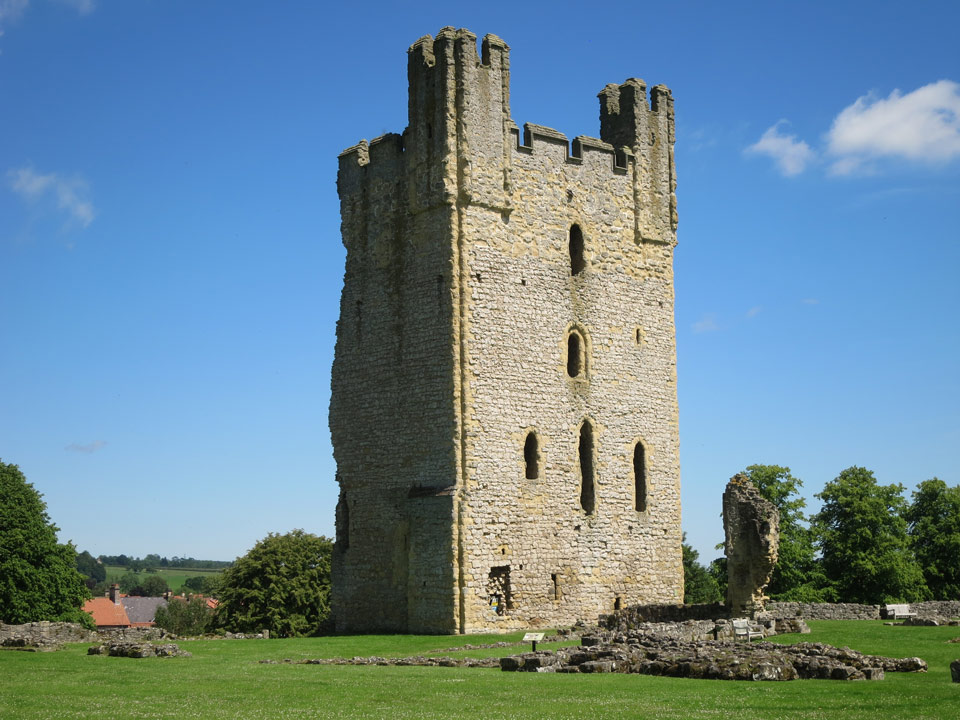 The first motte and bailey was constructed in the first half of the 12th Century. At the tun of the 13th Century a stone curtain wall was added with the main square gatehouse and 5 towers including the tall East Tower keep. The walls and keep were increased in height in the 14th century as a result of Scottish attacks. In the 16th century the Elizabethan manor house was added which is still in good condition. The curtain walls were slighted at the end of 1644 after the castle was captured by Parliament in the Civil War but the keep and impressive earthworks remain.