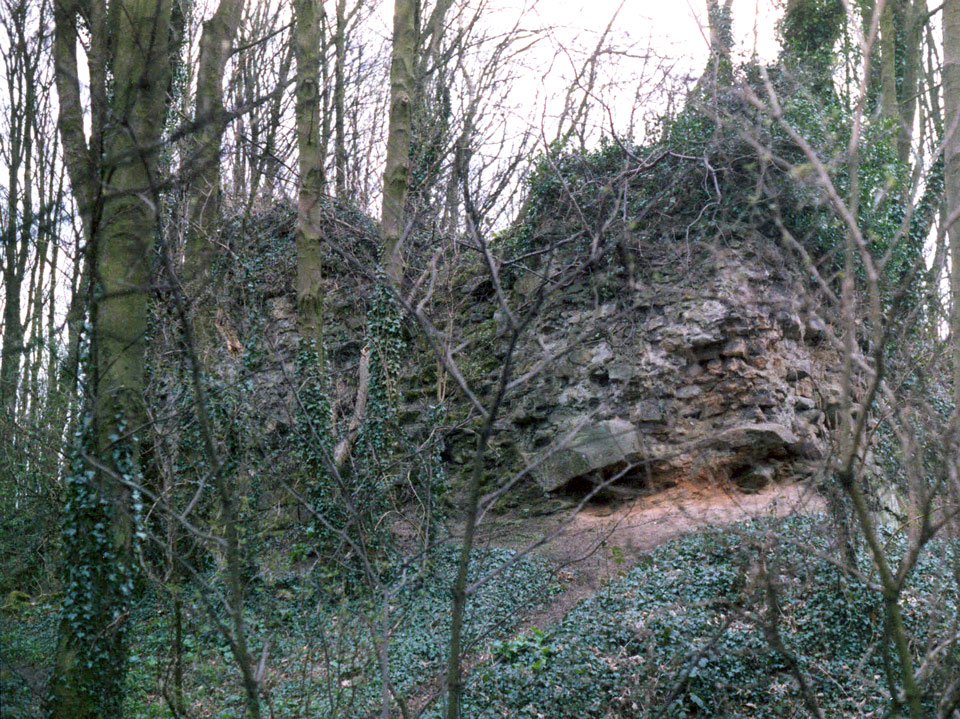 Also known as Horston or Horeston Castle. Little remains of a Norman castle built in the 12th century with a rectangular great tower which was in ruins from the late 16th century. It was owned by the Crown from 1268 to 1514. Two broken walls form the remains of a keep and are surrounded by earthworks.