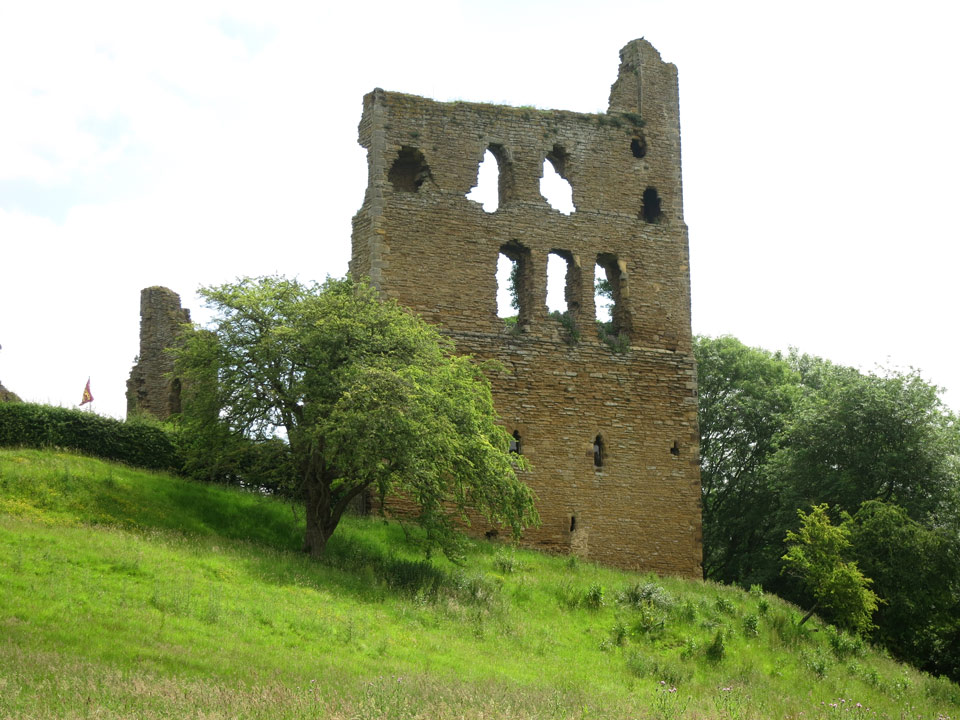 The first motte & bailey castle was constructed to the south of the church in 1140. A new fortified manor house was built by the Nevill family of Middleham Castle, Raby Castle and Brancepeth Castle after a licence to crenellate was granted in 1382. The building consisted of four very tall towers and a large gatehouse. It was in ruins in the 17th century and the walls were partially demolished.

Private, available for wedddings. A public footpath runs around the castle.