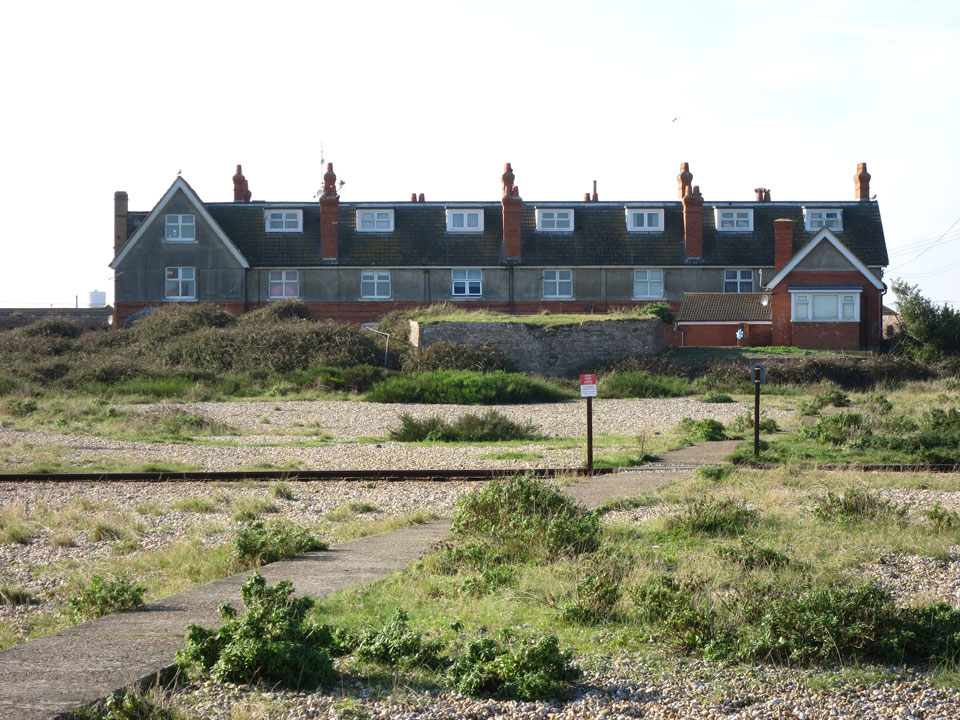 At the end of the 18th century the Martello Towers and the Royal Military Canal were built to protect the Romney Marsh coast as far south as St Mary's Bay. This left the Dungeness peninsular vulnerable to attack by Napoleon's forces so four batteries were built, two to the west of Dungeness Point and two to the north supported by a redoubt at the Point itself. The batteries, built in 1798, were small self-contained triangular forts with 4 or 5 24-pounder guns, and a brick loop-holed wall 10 feet high extended from the corners to form a sharp point at the rear. The top platform was slightly raised to give command of the sea.

Lade Fort, No.2 Battery, is about 1.5 miles north of No.1 Battery. It was converted to use as a coastguard station in the late 19th century and then re-used during both World Wars as a site for anti-aircraft guns. It is overgrown but some of the walls and the remains of a gun emplacement remain.

Dungeness Redoubt was an octagonal earthwork built in 1798 at Dungeness Point, near the lighthouse, to support the four batteries built at Dungeness. It was about 700 feet in diameter and was originally armed with eight 24-pounder guns mounted around the top of the ramparts. The raised earthworks can still be seen, with a row of cottages now built inside.

No.1 Battery was located about 2 miles north of the Redoubt, off Battery Road in Lydd-on-Sea. In 1860 the battery was remodelled, receiving 1 x 7-inch breech-loader and 4 x 68 pounder smooth bores, all on traversing platforms. Some remains of the fortification and gun emplacements are still visble although very overgrown.

No.3 and 4 Batteries were located to the west of Dungeness point but both were destroyed by the sea between 1818-1823.