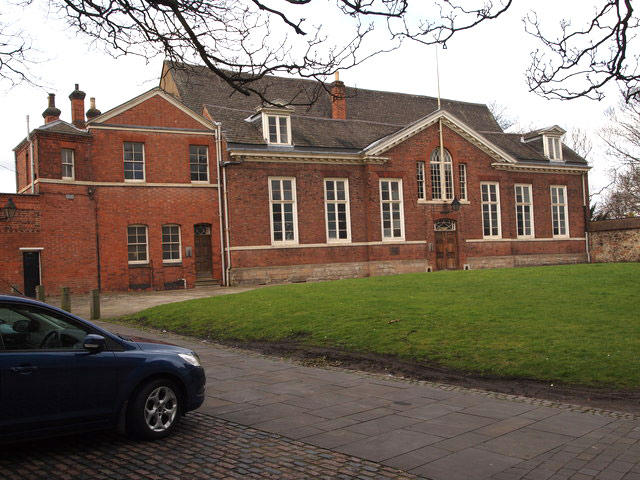 Leicester Castle, © David Hallam-Jones and licensed for reuse under cc-by-sa/2.0

The first castle at Leicester was probably built around 1070. It was built up into a grand house in the 14th century, but within a hundred years it fell into decay and many of its buildings were eventually demolished apart from the Great Hall which was used as a court and still stands. A brick facade was added to the courthouse at the end of the 17th century. The footings of one wall are still visible as is a lowered motte.