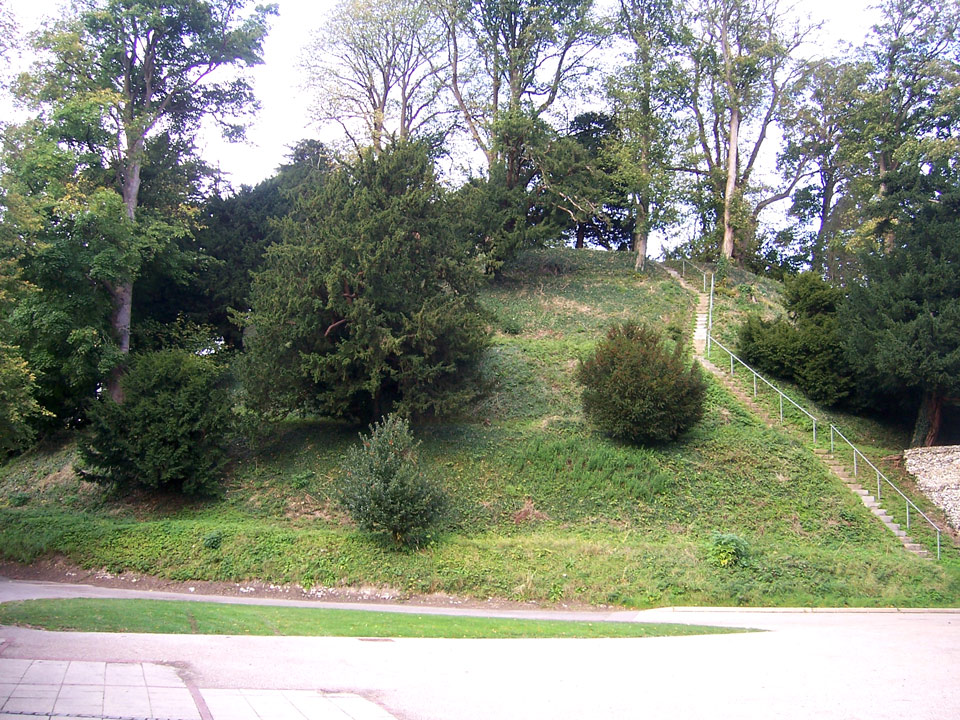 The fifty foot high motte of a late 11th or early 12th century motte and bailey castle. In the 13th century a shell keep and tower were constructed on the motte, although both have now vanished. The castle ceased to be used in the 14th century.

Private, in the grounds of Marlborough College.