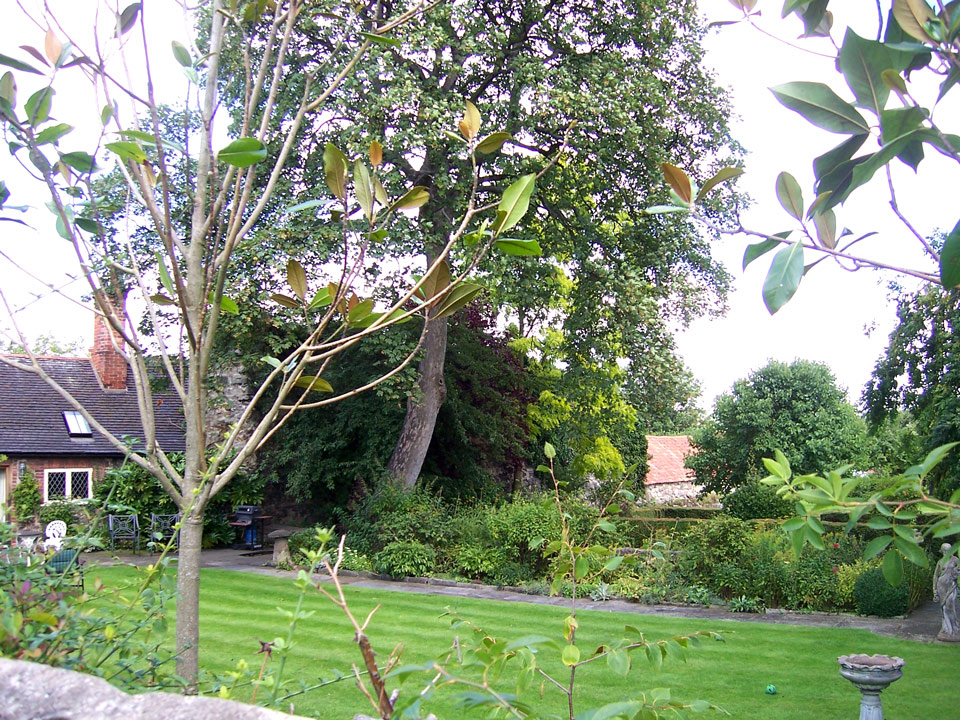 A 60 feet length of ruined wall covered by ivy in the back garden of a house is all that remains of the medieval fortified manor which was built in 1311 when a licence to crenellate was granted. It was sold in 1604 by the Crown to the Earl of Huntingdon who demolished it in 1637. Castle Farm was then built on the site.