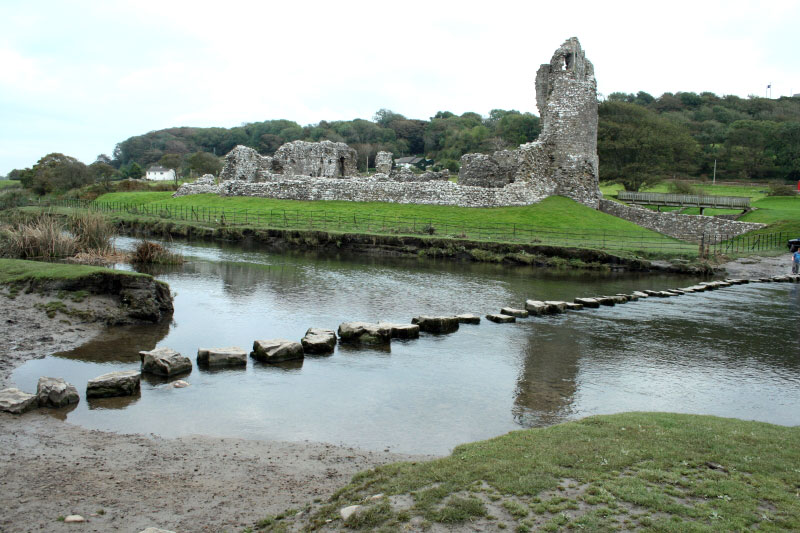 The first wooden fortification and ringwork defence was built in the end of the 11th century to guard a crossing on the River Ogmore. By the middle of the 12th century a three storey keep was built and in 1210 a stone curtain wall as well as the hall were added. The castle was no longer in use by the early 17th century but part of the keep is still 40 feet high.

CADW, open to the public. 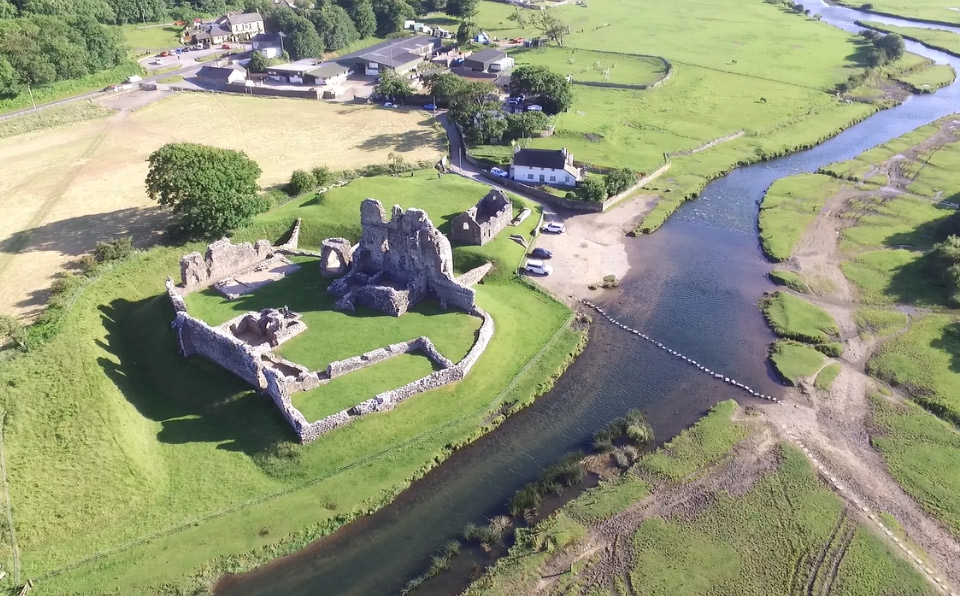