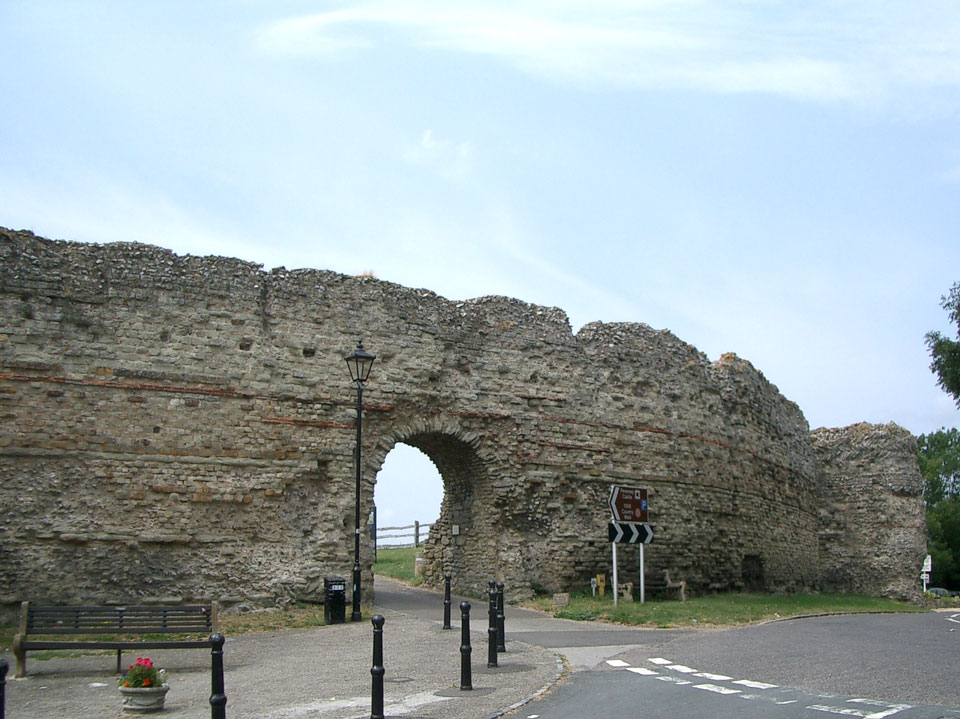 Anderida is the largest of the Roman Saxon Shore forts and was built in AD290s. When it was started it was on a tongue of land that was enclosed on three sides by the sea. At low tide it was a marshy estuary. Since the middle ages the marshes have silted up and the sea is now a mile away. The original Roman walls which were 10 feet thick and 20 feet high are still in very good condition apart from a section on the south side that has collapsed. The walls are best viewed from the outside as the ground level inside the castle is much higher than it was originally.

The Normans landed at Pevensey in 1066, and a wooden fortification was built straight away inside the Roman walls. The keep was built in stone in the early 12th century, and the towers, gatehouse and curtain wall were then added in the mid 13th century. The keep is most unusual in that it is rectangular but has six projections with solid bases unevenly spaced around it, one of which is an original Roman tower. The castle was probably abandoned by the end of the 16th century although cannon were added at the time of the Spanish Armada. The strength of the castle can be seen in that it has been besieged 4 times in 1088, 1147, 1265 and 1399. The defenders were eventually starved out after the first two seiges, but withstood the later attacks. The castle started to decay into ruin in the 18th century, although it was used in World War 2 when two pill boxes were built into the walls. 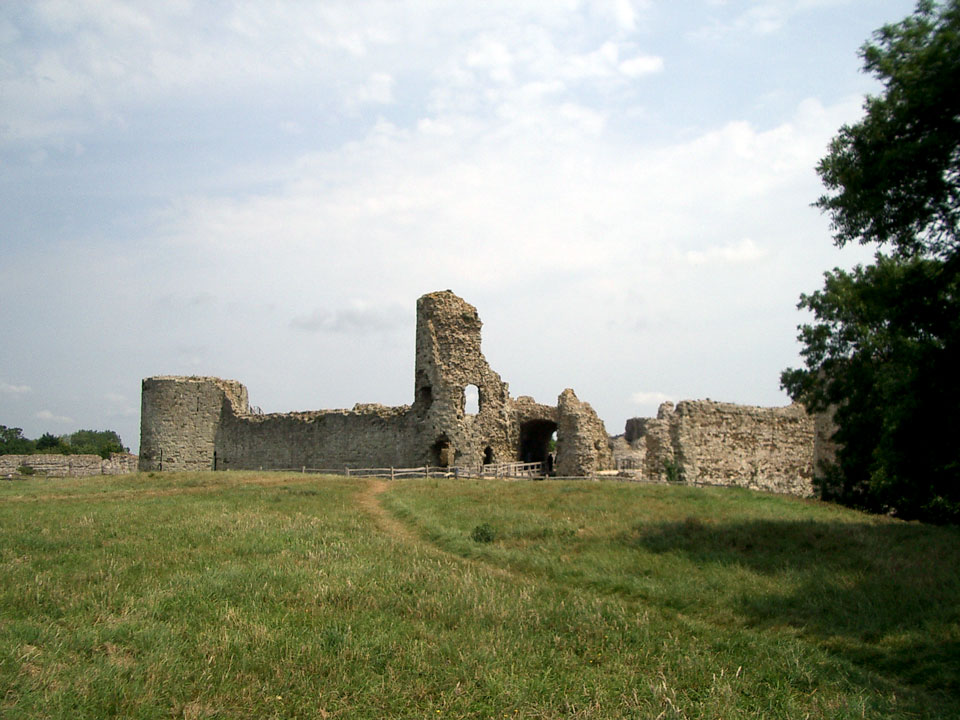 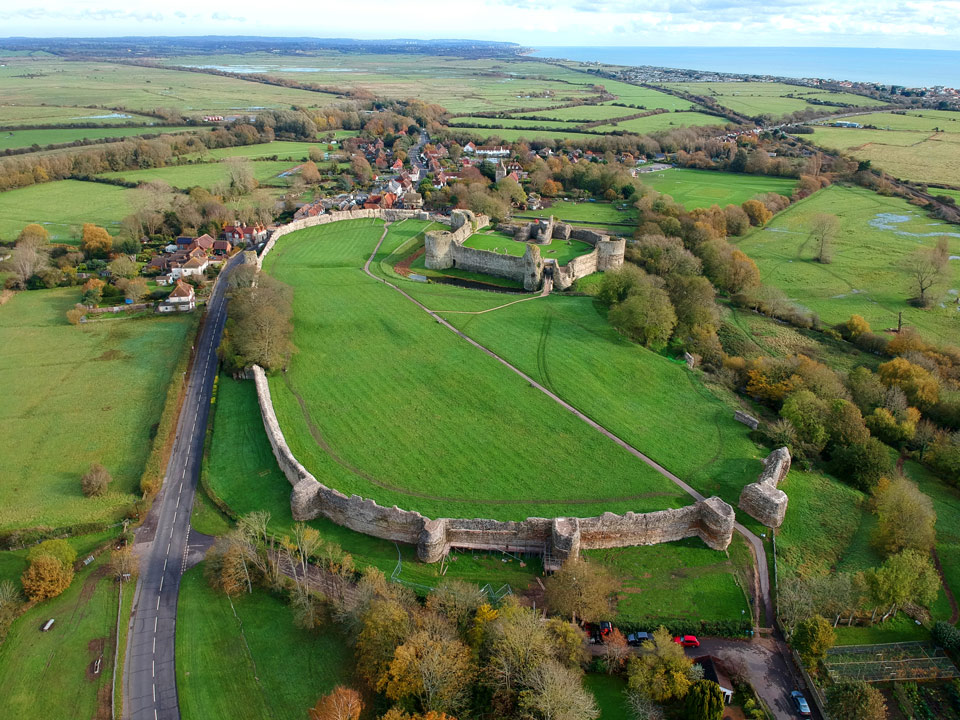 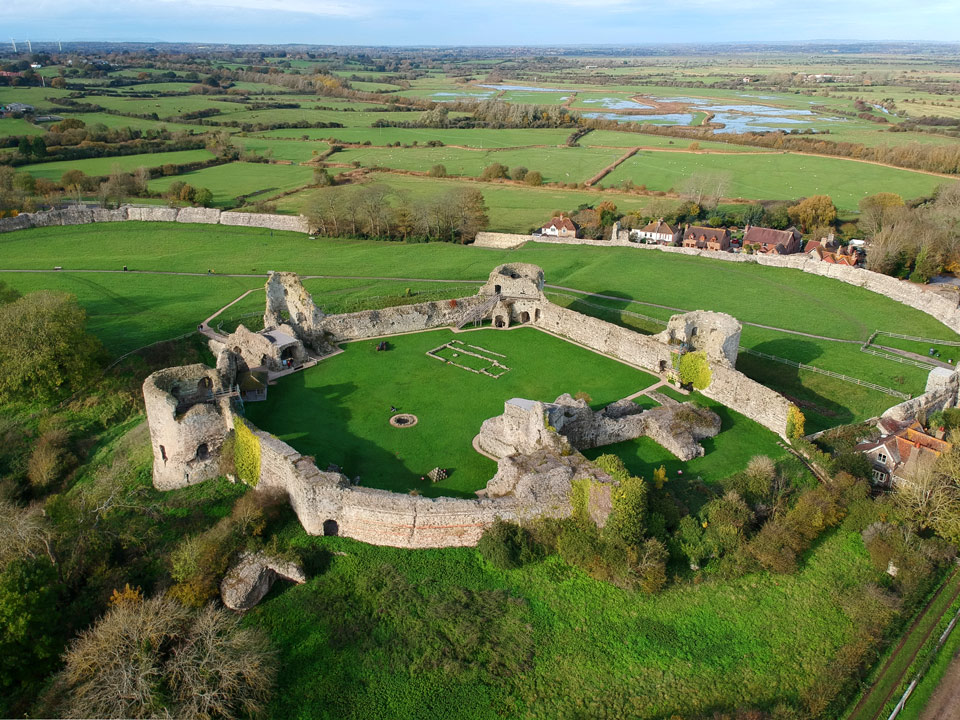