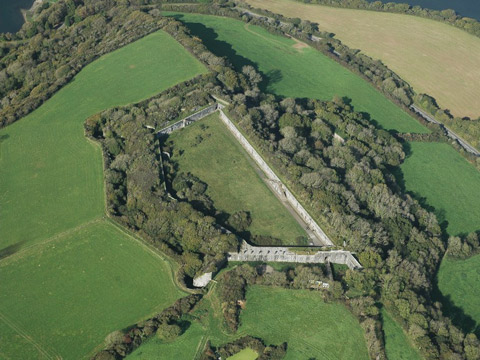 Scraesdon and Tregantle Forts were built between 1858 and 1868 as part of the western Plymouth Defences to guard against landings at Whitesand Bay.

The defences were later supplemented towards the end of the century by new gun batteries. In 1894 there were three 12.5" Rifled Muzzle Loading (RML) guns with two of the new 6" Breech Loading (BL) guns at Whitesand Bay Battery and four 9" High Angle RML guns at Tregantle Down Battery. 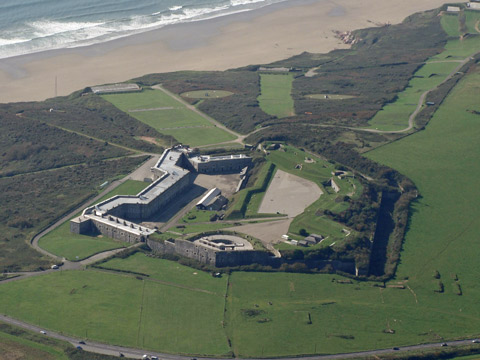 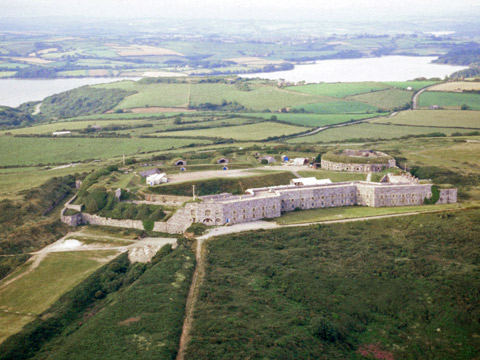