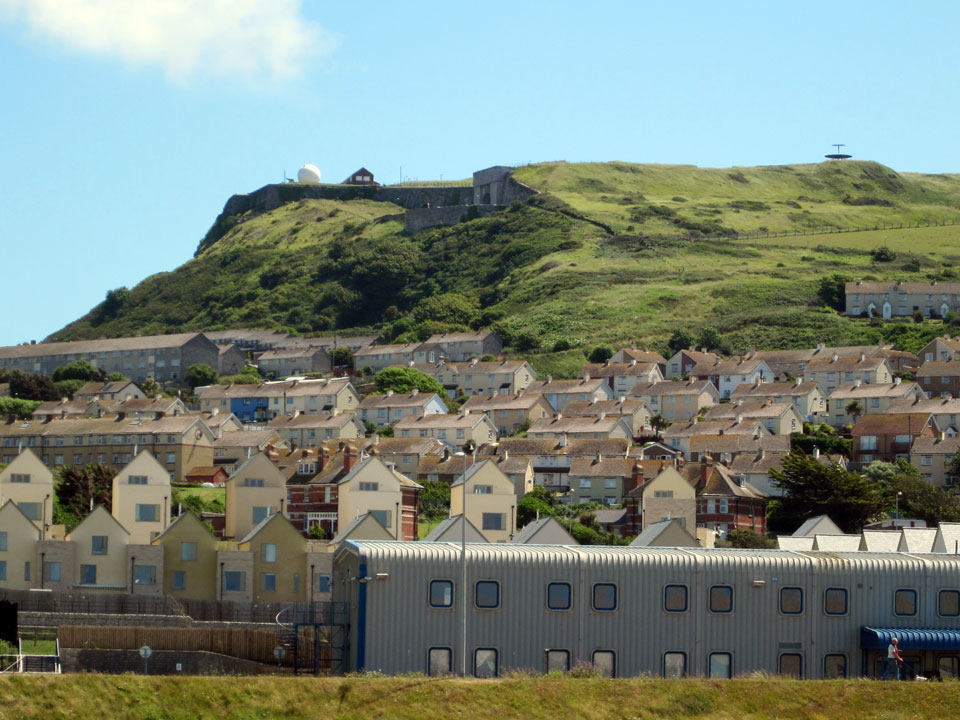 The Verne Citadel was built between 1848 and 1869 on the highest point of Portland Island. Two sides are protected by steep cliffs, the other two by a deep ditch carved out of the rock. It was armed with eight guns, including two of the 12.5", 38 ton Rifled Muzzle Launched (RML) guns. It is now used as a prison. Private.

Verne High Angle Battery was built nearby to the south in 1892. It had four modified 9" guns which were intended to be fired at high elevation to hit the decks, rather than the heavily armoured sides, of attacking ships. At the turn of the century these were replaced by two 6" modern Breech Loading (BL) guns. It is now derelict.