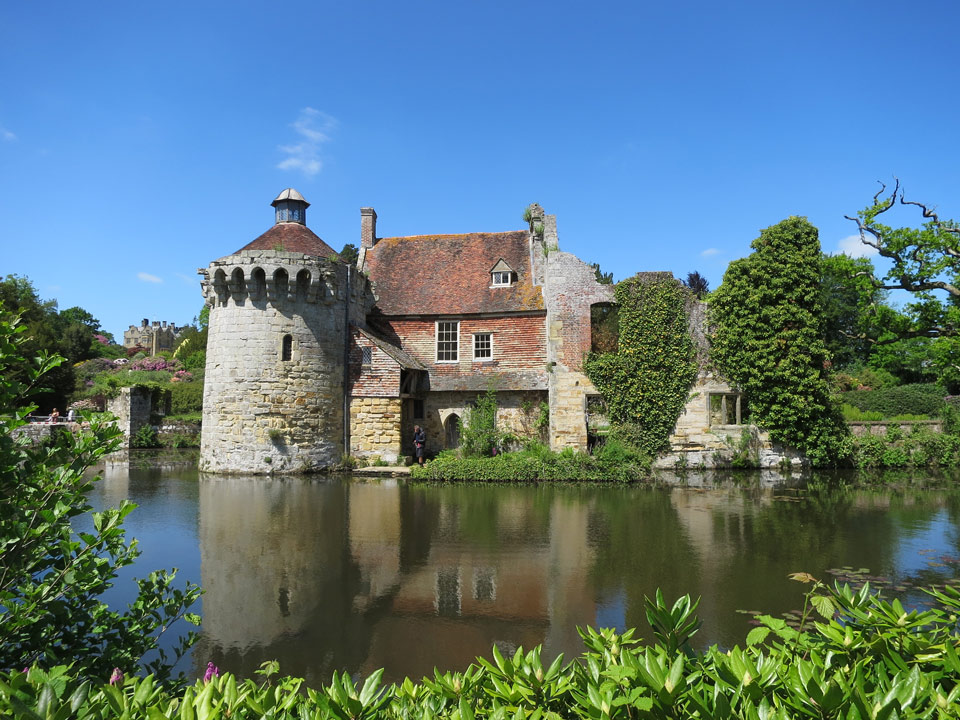 A fortified manor house built at the end of the 14th century, set in the middle of a lake. It originally had 4 towers, one in each corner, but now only one remains after the castle was remodelled in the 17th century and a new range was added. In 1839 a new house was built on the hill above, overlooking the old castle, which was then deliberately damaged to produce a fashionable romantic ruin.

The buildings are set in 700 acres of woodland and landscaped gardens which are full of Azaleas and Rhododendrons. A Victorian ice house made of straw with a deep brick lined pit can also be seen in the gardens. It was used to store the ice from the moat to be used in summer.