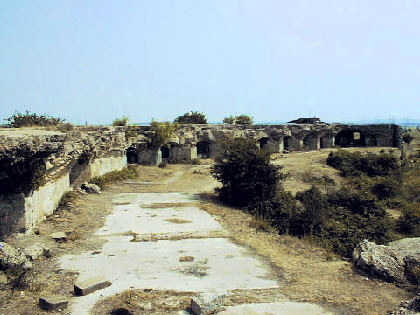 In 1796 a battery was built at Shornmead to strengthen the Thames defences and support New Tavern Fort. Shornmead was developed into one of the first polygonal forts in the 1850 - 53. Three of the five sides were armed with cannons in armoured casemates and the other two were barracks. After 1945 it fell into decay and in the 1960's much of the fort was demolished.

Shornmead Fort is open all year.