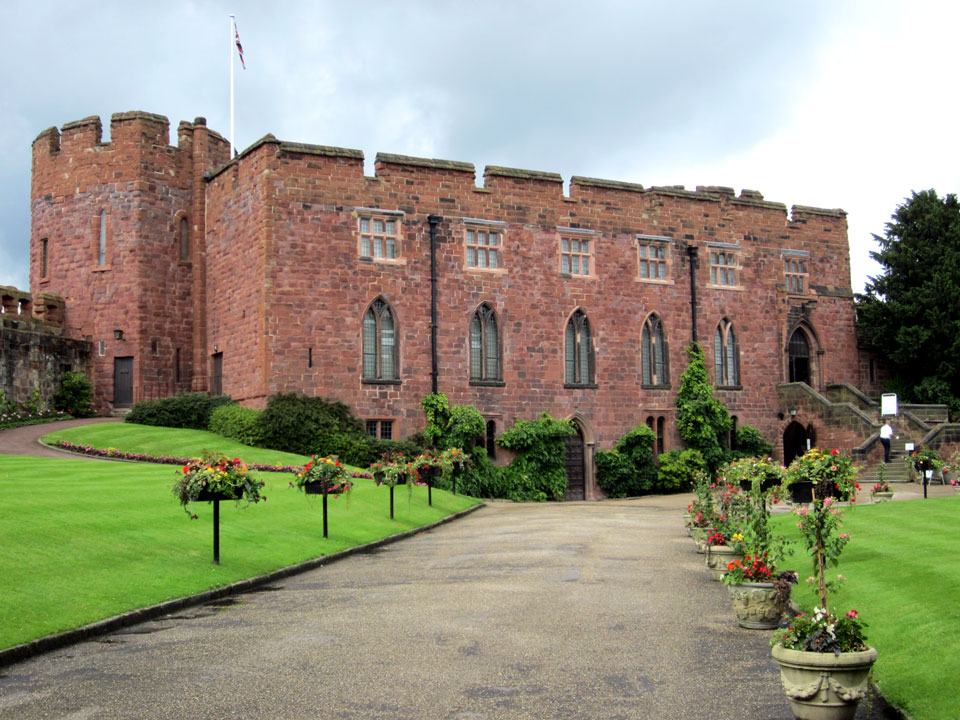 The castle motte dates from 1068 and was built with three sides protected by the River Severn but the stone walls date from the 12th to 13th centuries. There was originally a wooden keep on the motte but it collapsed in 1271 when half of the motte was washed away into the river. The castle was allowed to decay from the middle of the 14th century until in 1565 a local merchant converted it into a residence. Even though it was re-fortified during the Civil War it was beseiged and captured by Parliament in 1645. After the wwar it was used as a private residence and it was then restored in the 18th century by Thomas Telford. Laura's Tower was erected on the motte in 1790 as a summer house.

The town was protected by a wall in the 12th century but after atacks by the Welsh in 1215 and 1234 the walls continued to be refortified and extended until the middle of the 15th century. One tower and part of the wall remains.